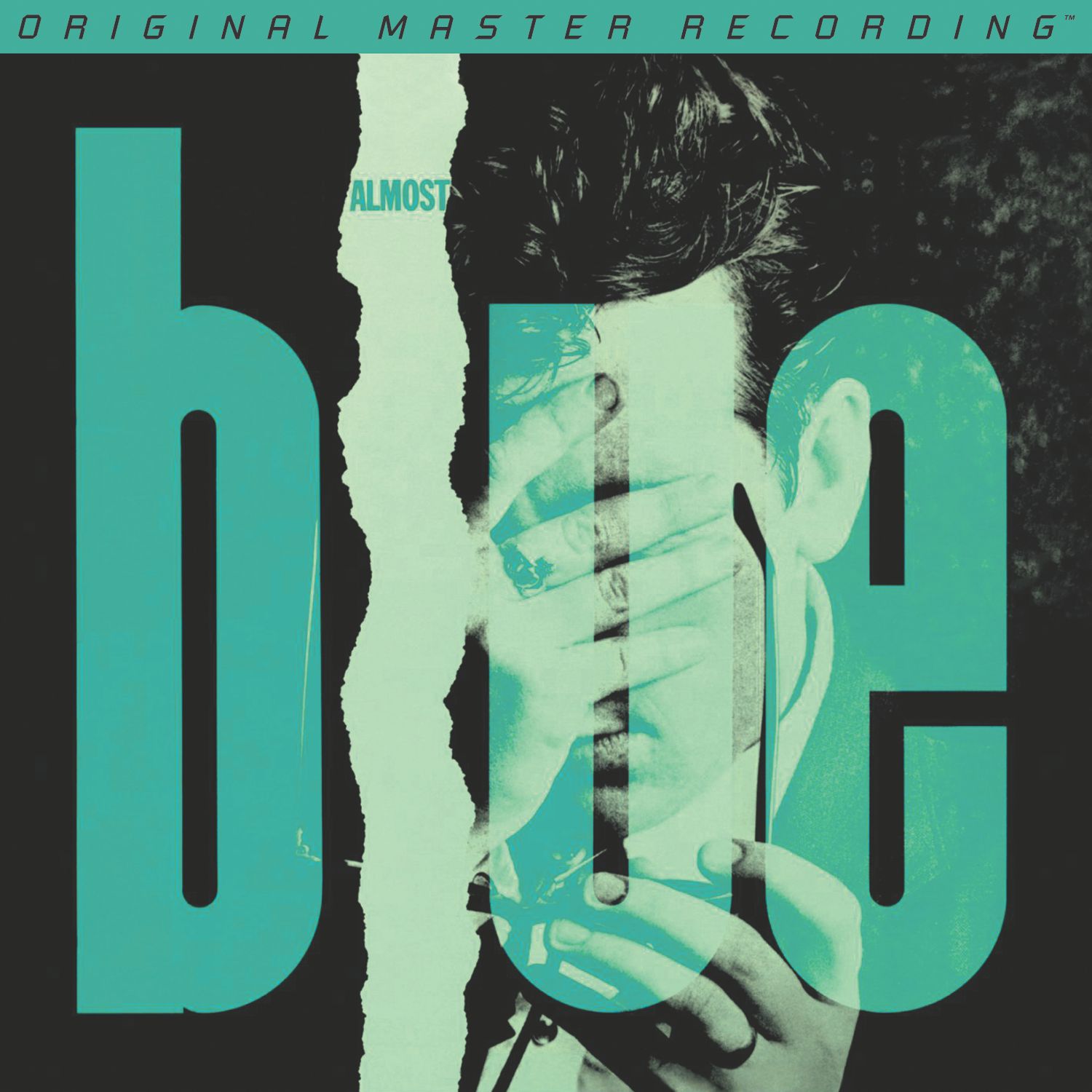 Numbered Edition 180-gram LP Sourced from Original Master Tapes
Elvis Costello was so enamored with American country music when he finally discovered it, he was motivated to record Almost Blue. Renowned as one of the most passionate and enthusiastic covers albums ever made, the 12-song set finds the iconic singer/songwriter interpreting standards by the likes of Hank Williams, Gram Parsons, George Jones, Merle Haggard, and other legends. Replete with heartbreak, lonesomeness, boozing, cheating, and dreaming, it’s laden with country and western’s customary themes and dignified by one of the finest performances of Costello and the Attractions’ peerless career.

Half-speed mastered from the original master tapes, Mobile Fidelity’s numbered edition 180g LP opens up the soundstages, clears previously muddled midrange frequencies, and places the imaging of the various country-tuned instruments into clear focus. For the first time, listeners can hear just how much of himself Costello invests in the vocal performances, while the Attractions don’t miss a beat, particularly pianist Steve Nieve and guest musician John McFee. Moreover, the strings (when employed) take on new life, and the record’s cover art, a take-off on Kenny Burrell’s Midnight Blue, is faithfully reproduced.

At the time of the album’s recording in 1981, Costello was admittedly emotionally shattered. The title of the effort isn’t merely coincidental. Feeling dejected and disenchanted, the vocalist had been put through the ringer: His pop stardom yielded one incredible record after another, but Costello’s marriage was in tatters, his behavior deplorable, and his reputation tarnished by a famous drunken incident that shamed him for decades. In addition, he chose to follow his string of original LPs up with the soul- and R&B-minded Get Happy, a creative masterwork that nonetheless caused some of his mainstream fans to believe he’d abandon his hit-making pedigree.

So he did what any self-respecting, astute musician would want to do: Cut a country and western record steeped in heartbreak, fragility, sadness, despair, and beer-glass-raising spirit. Largely informed by the stacks of country LPs he bought in used shops during U.S. tours, and in the ideal frame of mind, Costello sought out not to make standards such as “Sweet Dreams,” “Too Far Gone,” “Honey Hush,” and “Tonight the Bottle Let Me Down” his own but to put a unique spin on the darkness, surprise, soulfulness, foreboding, and authenticity that they contain within.

With each note, Costello succeeds and exceeds expectations, turning in versions that sound both old and new. Such timelessness, and the confluence of contemporary and traditional, distinguishes Almost Blue from nearly every other country tribute album made by pop/rock artists before and since. Costello and the Attractions embody the deep sentiments attached to these weeping ballads, tear-jerking lullabies, honky-tonk rave-ups, and playful shuffles in an incredibly convincing manner. Producer George Sherrill, famous for working with the likes of Tammy Wynette, George Jones, and Marty Robbins, and brought on board specifically for the project, frames the music with the perfect blend of grit and professionalism.