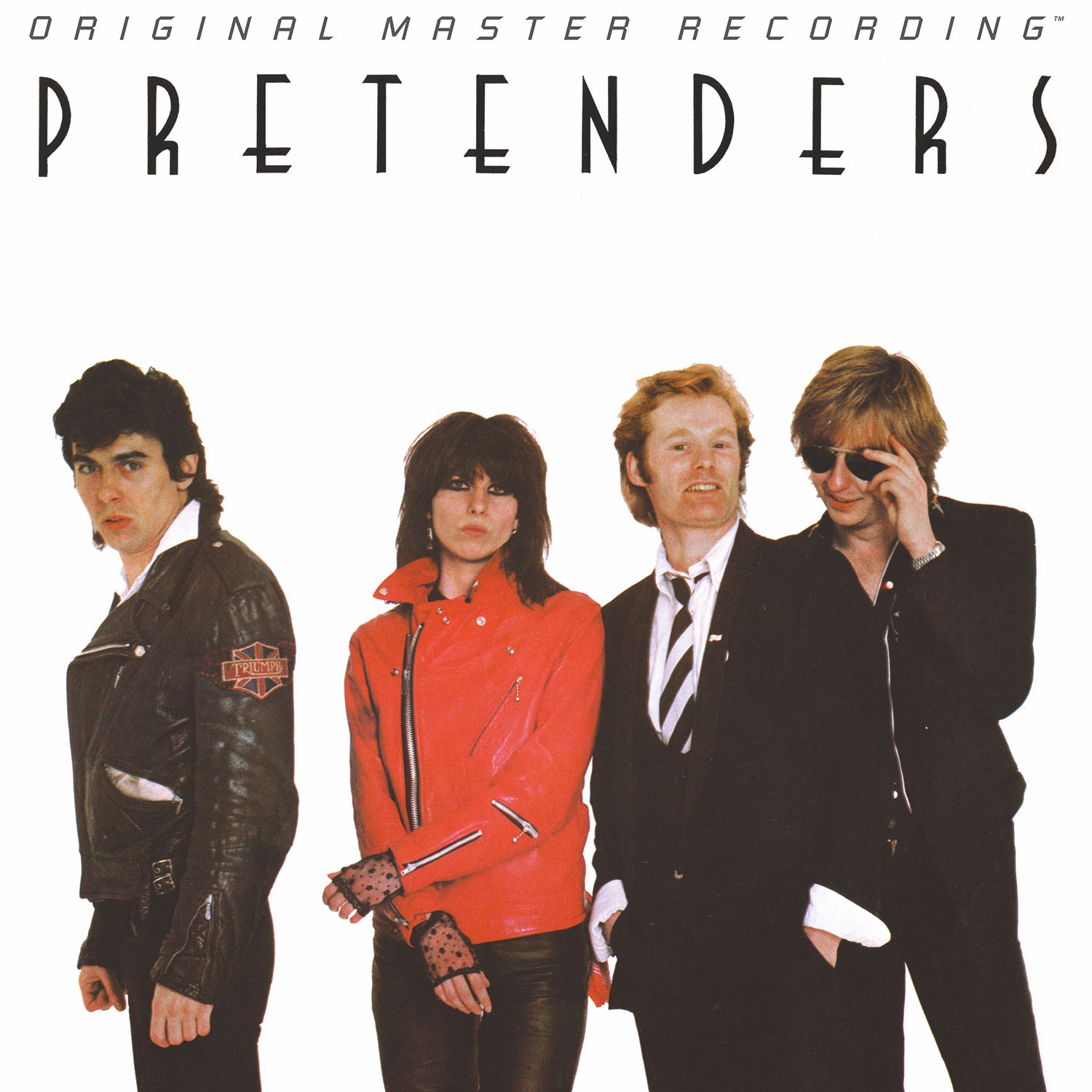 Numbered Edition 180-gram LP Sourced from Original Master Tapes
The milieu the Pretenders create on their groundbreaking debut didn't exist when the album came out in early 1980. Such is the magnitude of originality, creativity, and nerve the band captured on a record that captivated each side of the Atlantic and both upended and advanced tradition. The no-nonsense set also announced the arrival of the inimitable Chrissie Hynde, one of the greatest singer-songwriters in rock history, gender be damned. Equally significant, the album remains just one of two studio efforts featuring the original members before tragedy ended the lives of guitarist James Honeyman-Scott and bassist Pete Farndon.

Originally recorded live in the studio at high volume levels by producer Chris Thomas, the record on this vinyl edition boasts added extension, sharper imaging, multi-dimensional soundstaging, and a crispness that practically places the Pretenders onstage in your room. Replete with detail and nuance—particularly, Hynde's singing and Honeyman-Scott's terrific array of hovering chords, colorful palettes, and inventive effects—this is a record that rewards repeat listening and full-bloom playback.

Cited by Rolling Stone as the 155th Greatest Album of All Time, Pretenders took shape via the vision of the Ohio-born Hynde and chemistry she achieved with three Brits circling the same punk orbit—one that saw the frontwoman work with the Sex Pistols and briefly embark on a serious music-criticism career. Indeed, while Hynde is the unquestionable leader of the gang, the Pretenders are the sum of their total parts, displaying rapport and interaction that never came together more convincingly, naturally, or emotionally as it does on their debut. Honeyman-Scott's ringing arpeggio tones seamlessly combine with Hynde's no-muss sass, sensuality, and soulfulness. Similarly, the rhythm section contributes considerable thump and classically styled explosiveness. Together, the four sound like no other band.

Such distinctiveness helps explain why Pretenders remains as contemporary now as it did 30-odd years ago.Schooled in the era's raw, unfiltered English punk yet equally versed in rockabilly, new-wave pop, and British Invasion rock, the band orchestrates songs that overflow with keen hooks, sexual swagger, and ear-catching melodies. Courtesy of the aggressive guitars and leather-tough cool, Pretendersmoves fast, Hynde's assertive deliveries and take-notice lyrics jolting the senses with a lethal mix of sophistication, toughness, tenderness, rebelliousness, and romance.

With Honeyman-Scott playing the Richards to her Jagger, Hynde operates on pure instinct. She throws down the gauntlet on the corrugated pulse of "Precious," proves she can hang with even the roughest boys on the energetic bounce of "Tattooed Love Boys," and, on the smash hit "Brass In Pocket," spouts self-aggrandizing claims that she would back up for decades to come. Yet Hynde and the Pretenders' appeal goes much deeper than brazenness. Akin to her guitarist's unconventional phasing and treated effects, the singer never abides by rules or stereotypes as she balances the gutsiness and attitude with sensitivity ("Lovers of Today"), compassion (the jangling "Stop Your Stopping"), and vulnerability ("Kid").

Pretenders is not only one of the most impressive album debuts in history, it's one of the most essential records, independent of genre or timing, ever made. Hear this energetic music in the finest-possible fidelity it's ever enjoyed.