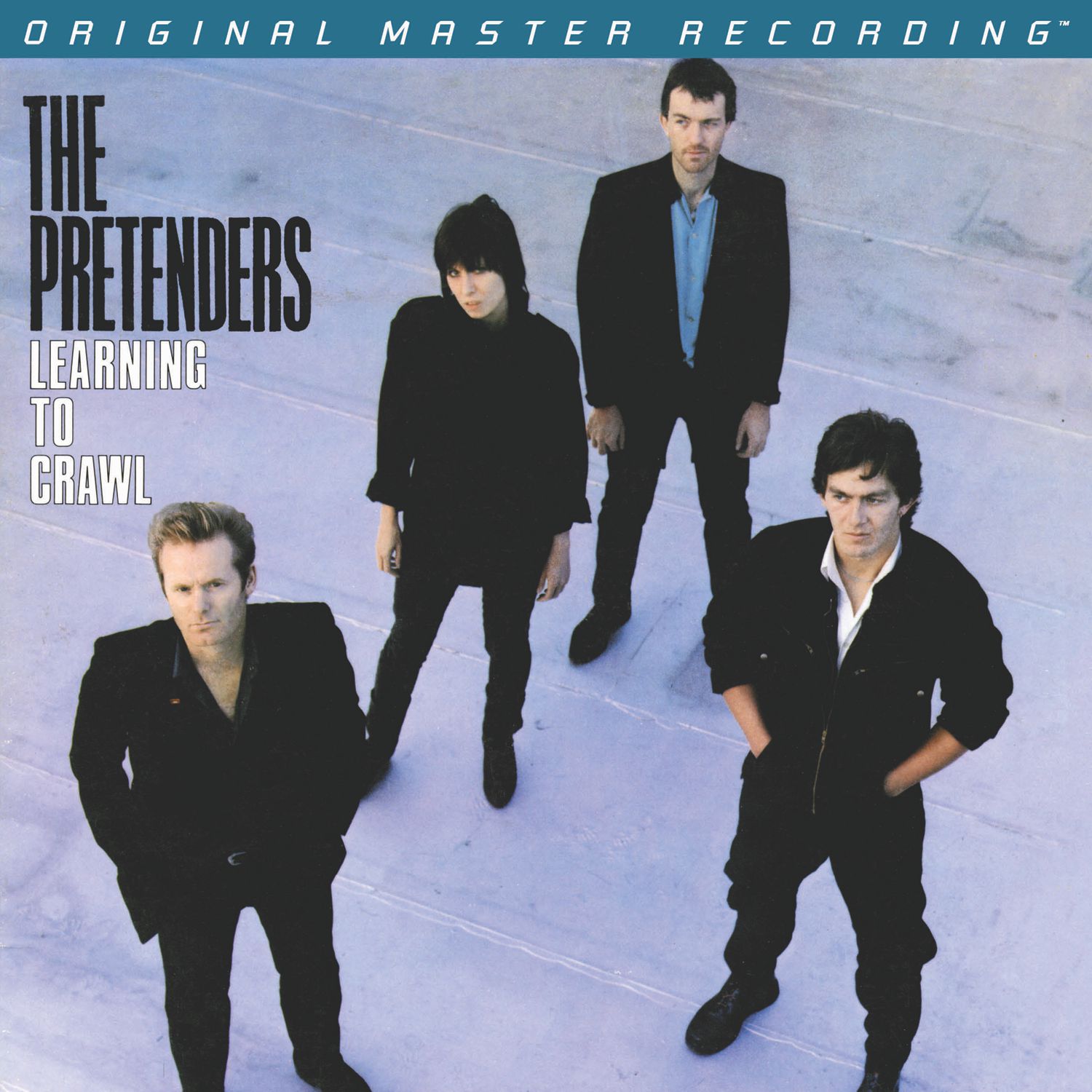 Numbered Edition 180-gram LP Sourced from Original Master Tapes
What is the sound of a fledgling band dealing with multiple tragedies, coming to terms with drastic changes, digging deep into its consciousness, finding resolution in hurt, and overcoming staggering odds to record a bonafide masterwork? It's the sound of every note that graces the Pretenders' Learning to Crawl. Still recognized as one of the most emotionally gripping and musically gutsy performances ever made, the smash 1984 album hasn't aged a day. And now, it sounds better than could ever be imagined.

Mastered from the original master tapes, Learning to Crawl finally possesses the combination of whisper-in-your-ear intimacy and nerve-checking toughness that it's always demanded on Mobile Fidelity's super-quiet analog LP. Leader Chrissie Hynde's voice is made viscerally apparent, wavering between vigorous determination and solemn reflection, while drummer Martin Chamber's punchy backbeats register with requisite punch. To say nothing of how fresh the effort's hit singles ("Middle of the Road," "Back on the Chain Gang") and incredible deep cuts sound.

The story behind Learning to Crawl is directly connected to the powerful, moving music within. After releasing two records that swept the world by storm (Pretenders and Pretenders II, the latter available on hybrid SACD from Mobile Fidelity), the group's fortunes reversed after guitarist James Honeyman-Scott was found dead of a drug overdose in 1982. Shortly thereafter, founding member Pete Fardon, fired just two days before his partner's death, also succumbed to an overdose, leaving the band's state in tatters. Would there still be a Pretenders?

Hynde answers this question with a resounding "yes" on Learning to Crawl, which still contains signs of the band's early, street-wise rawness but also adds new wrinkles, with more streamlined melodies, sensitive ballads, and reflective tones. "Back on the Chain Gang," the Pretenders' most commercially successful hit, functioned as a bittersweet tribute to her ex-mates while the Christmas-themed "2000 Miles" holds rank as one of the most effecting, penetrating love songs of Hynde's career. Throughout the record, the Pretenders are again one.

New guitarist Robbie McIntosh supplies simpler, bluesier, basic guitar lines and the foursome know how to all-out rock, with the furious "Middle of the Road" and socially conscious "My City Was Gone" testifying to a stinging, thrilling sensibility that can exist only because of the devastation that the band survived. Call it the rise of the phoenix or triumph of the human will, but any way you see it, Learning to Crawl occupies a rare territory--akin to the space referred to on the superb cover of "Thin Line Between Love and Hate"--that registers in the pits of the human soul.