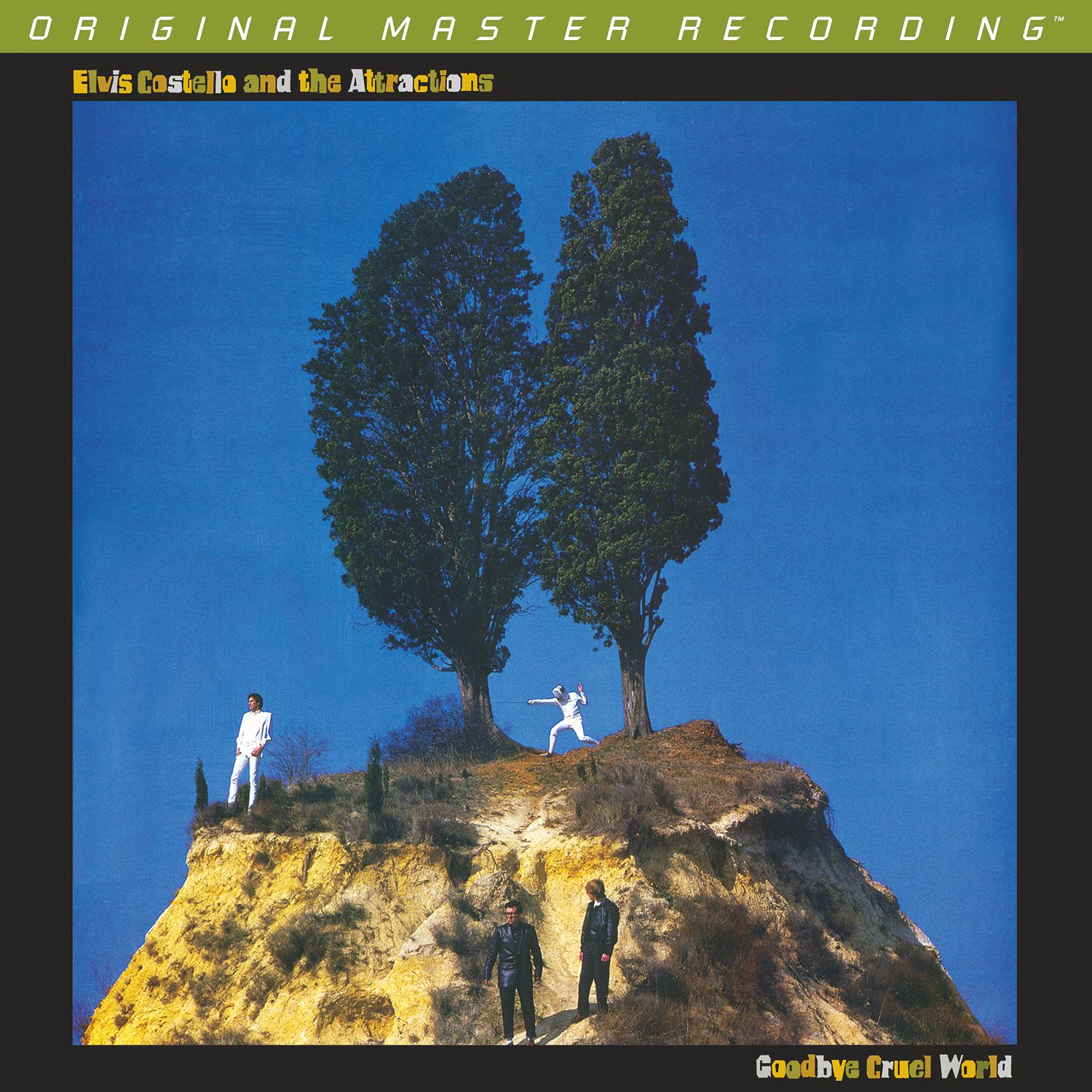 Numbered Edition 180-gram LP Sourced from Original Master Tapes
Elvis Costello wasn't in a happy place when he began writing Goodbye Cruel World. His marriage collapsed between the record's start and finish. He was also dealing with what he deems the "dreadful 80s"—a period in which the importance of videos trumped musical merit, the government in his native England engaged in controversial conflicts, and nuclear threats hovered over daily life like a black cloud. What possible good came out of the age? A smart batch of songs that stands up to many of the singer-songwriter's better-known works and an underrated record that now sounds better than ever.

With added instrumental assistance, Costello and Co. traverse styles ranging from rambunctious new-wave rock ("The Deportees Club") to frisky New Orleans-derived blues ("Sour Milk Cow Blues") to suave, jazzy pop ("The Only Flame In Town"). In the closing "Peace In Our Time," a sobering albeit optimistic song whose verses still apply to contemporary times, Costello crafts the finale to a socio-politically conscious trilogy that began with "Shipbuilding" and "Pills and Soap." It alone is the worth the price of admission to a record that's long deserved a better reputation.

Product Code:LMF432
Out of Stock