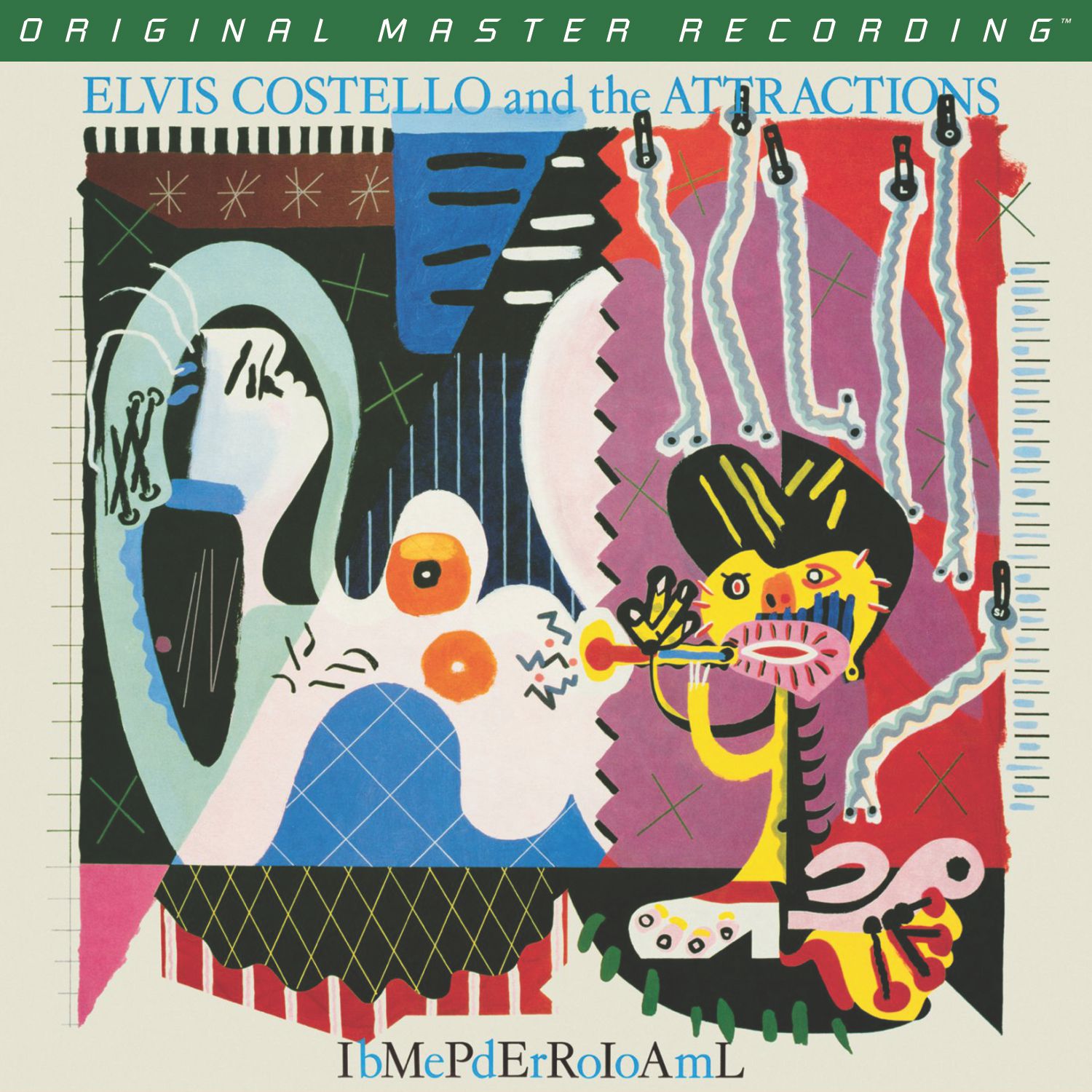 Not that audiences back in the day ever had the privilege of hearing Imperial Bedroom at its maximum potential. Now they can. Mastered from the original master tapes, this numbered edition 180g LP opens up the soundstages, expands the depth, and brings the genius of the grand arrangements into clear focus. In particular, the sound of the piano will have you believe that the 88s are situated right in your room, and never before has Emerick’s crafty sonic precision been so readily apparent. This is a huge-sounding record that demands full frequency extension and astute separation.

Ranked in 2005 by Rolling Stone at #166 on the magazine’s prestigious list of the 500 Greatest Albums of All Time, Imperial Bedroom overflows with contagious pop, savvy torch, cabaret, chamber, and jazz-influenced fare. If it’s details you seek, then look no further. With Emerick’s assistance, each tune is distinguished with painstaking sonic accents, blended rhythms, counterpoint bass lines, dazzling passages, and inventive motifs. Accordions, tremolo guitars, organs, harpsichords, marimbas, horns, and an assortment of other instruments help color the subtly dark canvases. A 40-piece orchestra graces the gorgeous “…And In Every Home.”

Originally intended to be a stripped-down affair, Imperial Bedroom reflects Costello’s migration to composing on piano as well as his listening tastes at the time: Billie Holliday, Cole Porter, Frank Sinatra, Debussy. Intricate, expansive, and complex without ever sounding inaccessible, the record includes the now-classic “Man Out of Time,” “Beyond Belief,” and “Almost Blue,” the latter a ballad that Chet Baker included in his live sets until he passed away. In another stroke of brilliance, Costello used the record as an opportunity to address the melancholic changes in both his own personal situation as well as that of England, the songs functioning as smart, sometimes satirical dialogues on issues such as disenchantment, identity, and relationships.

Product Code:LMF353
Out of Stock