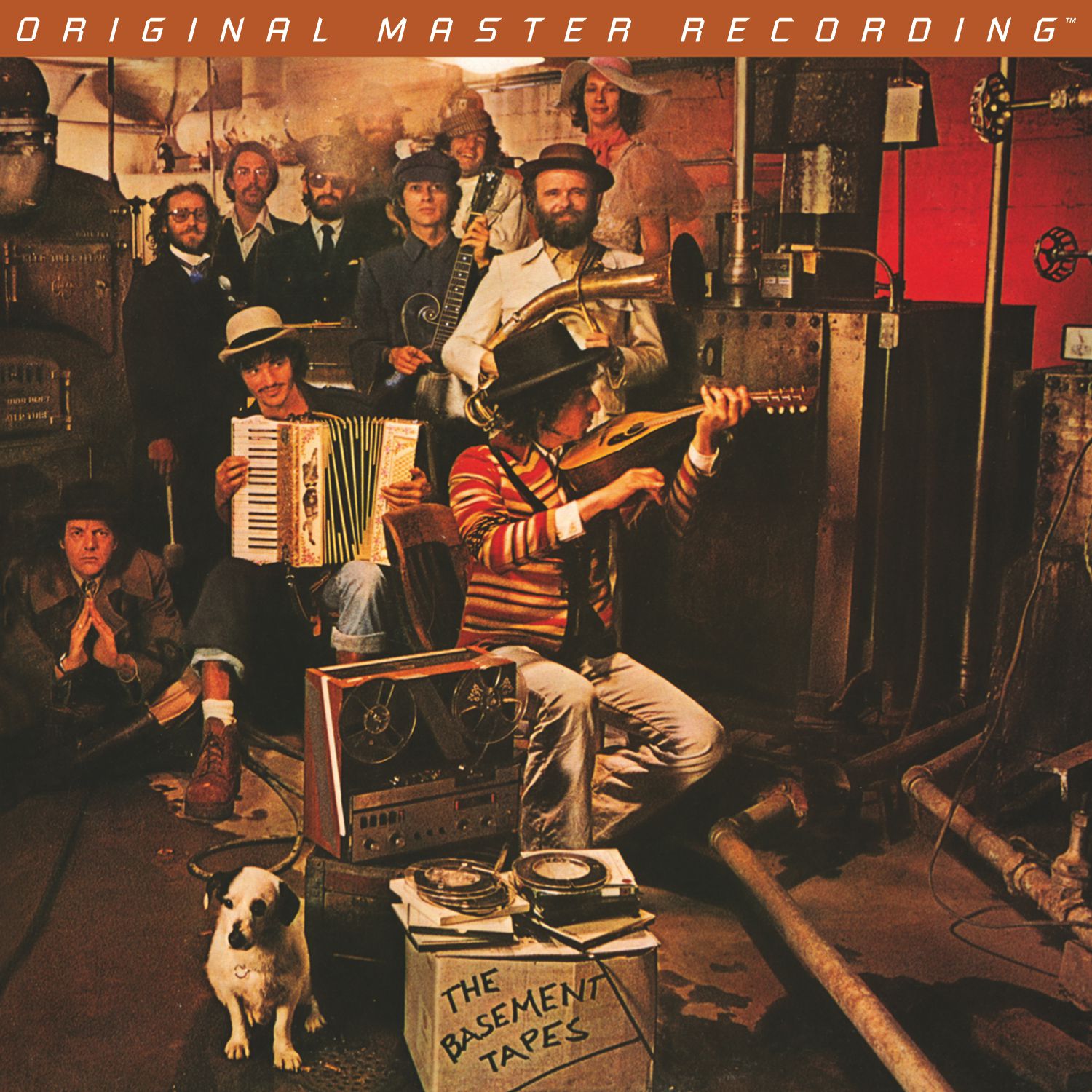 Numbered Edition 180-gram 2 LP Sourced from Original Master Tapes
Basements have long been associated with raw, off-the-cuff rock n’ roll, the damp and dark spaces serving as the woodshedding venues for countless bands. Yet no basement is more famous, and none yielded music as familiarly weird, wholesomely American, joyously loose, and identifiably humorous as that in the upstate New York house dubbed Big Pink—the location where, during the summer and early fall of 1967, Bob Dylan and The Band played a vivid tapestry of covers, originals, and traditionals that signaled the advent of Americana. Once again, the Bard changed the world.

As part of our Bob Dylan catalog restoration series, we are thoroughly humbled to have the privilege of mastering the iconic LP from the original master tapes and pressing it on dead-quiet LPs at RTI. The end result is the very finest, most transparent analog edition of The Basement Tapes ever produced—and the first-ever analog reissue. Inimitable, the particulars of The Basement Tapes—especially, the gather-‘round-in-a-huddle assembly of the instrumentalists, home-made character, domestic vibe, and low-volume nature of the recordings—come to fore here in a manner that takes the listener down the stairs at 2188 Stoll Road and brings the images of Dylan, Rick Danko, Robbie Robertson, and Co. to life.

Fresh off experiencing a motorcycle accident and the wrath of audiences hostile to his embrace of amplified music, Dylan elected to retreat to the comforts of rural and family life. He soon began collaborating with members of the Band in his house, ultimately moving the sessions to Big Pink. Informal, peaceful, relaxed, open-minded: The collaborations blanket country stomps, roots hootenannies, forgotten spirituals, earthy originals, chaotic marches, dreamscapes, dance tunes, folk laments, catch-as-you-can improvisations. On The Basement Tapes, mythical ghosts and dead legends reappear, reveling in the absurdity, comedy, mystery, aura, and alchemy.

In Invisible Republic, his scintillating book about the sessions, cultural critic Greil Marcus states: “At a time when the country was tearing itself apart in a war at home over a war abroad, the music was funny and comforting; it was also strange, and somehow incomplete. Out of some odd displacement of art and time, the music seemed both transparent and inexplicable when it was first heard, and it still does.” Indeed, The Basement Tapes appear to emanate from an indefinable chasm between modern and ancient, self-evident and mysterious, shapeless and fully formed, abstract and concrete, histories unwritten and chronicled. But every note chimes with freeness—a liberating fun, humble simplicity, and bond-creating camaraderie felt in every hoot, holler, laugh, and false start.

The Basement Tapes’ capacity to remain so gloriously honest and timeless—performances that genuinely could’ve been made today, ten years from now, or back in the 1930s—helps account for their emotional resonance and unsurpassed reputation as a snapshot of how unencumbered American music, and art with deep historical roots and connective cultural tissues, is supposed to sound.

Our reissue squares away the late-night bleariness, jovial atmosphere, low-ceiling dimensions, and ensemble-based perspective of the sessions, allowing the listener to become Hamlet, the dog who slept nearby Dylan, Robertson, and Co. as it all went down. This is not to be missed.