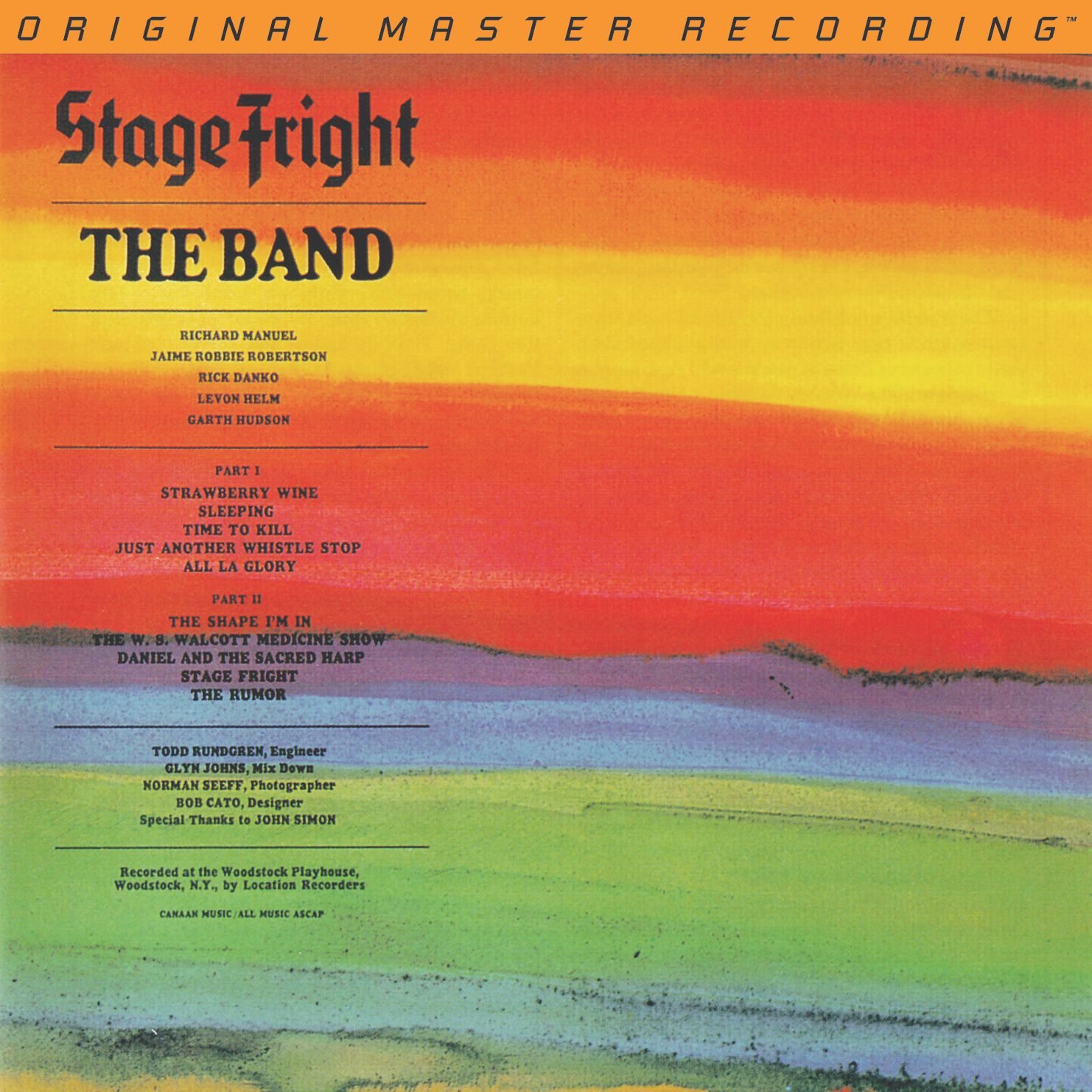 Numbered Edition 180-gram LP Sourced from Original Master Tapes
A sharp stylistic and thematic detour away from its first two albums, the Band’s Stage Fright is a compelling snapshot of a group coping with massive success and internal changes. Recorded in 1970 at the Woodstock Playhouse, the set shivers with raw emotions, dark confessionals, and intense singing. Largely devoid of the quintet’s trademark all-for-one harmony vocals, Stage Fright is an utterly distinctive piece of the Band’s catalog—and a historic landmark that’s a necessary part of any music collection.

“When Stage Fright came about, all I was doing was feeling my way along. But, where everybody was in a huddle on both Big Pink and The Band, with Stage Fright it didn’t feel like we were all connected in the same kind of way. In this period of experimentation in life, in music, in drugs, people kept wanting to stretch and reach and go somewhere and try things and, in the course of that, some real alienation can take place as well. When these things are chemically induced, you can feel an incredible shutdown of communication.” –guitarist Robbie Robertson, as told to Rob Bowman

Such splintered camaraderie and personal demons appear in now-famous songs such as the title track, “The Shape I’m In,” and “The W.S. Walcott Medicine Show.” The music is rife with palpable tension, and as a credit to the Band’s unique sound, absolutely singular. It’s impossible to think of any other group playing these tunes. Robertson’s balladic ode to his daughter, “All La Glory,” featuring a gorgeous vocal turn from Levon Helm, provides a sunny contrast to the darker compositions.

Circumstances behind the recording sessions also reflected the mood. While the Band had intended to capture the album in one take in front of a small crowd at the theater, the town residents vetoed the idea due to concerns over being inundated by too many visitors. Consequently, the Band played to an audience of no one, sometimes with the curtains closed and other times, with them open. Todd Rundgren, who engineered the album, couldn’t even see what was going on—he was sitting in a canvas prop tent that became the control room, behind the theater.

As always, we half-speed mastered this numbered edition 180g LP from the original master tapes for a superior sonic experience. This analog edition of Stage Fright bursts with supreme tonal clarity and an airiness that brings the genius of Rundgren’s preservation of high frequencies to complete realization. Even the fine textures of the hand drums on the stunning “Daniel and the Sacred Harp” come to light with microscopic detail. Perfectly blended, MoFi’s Stage Fright takes its place as the most balanced and punchy record in the Band’s oeuvre.

Stage Fright is part of our effort to present the Band’s timeless music in the highest fidelity possible.

Product Code:LMF347
Out of Stock