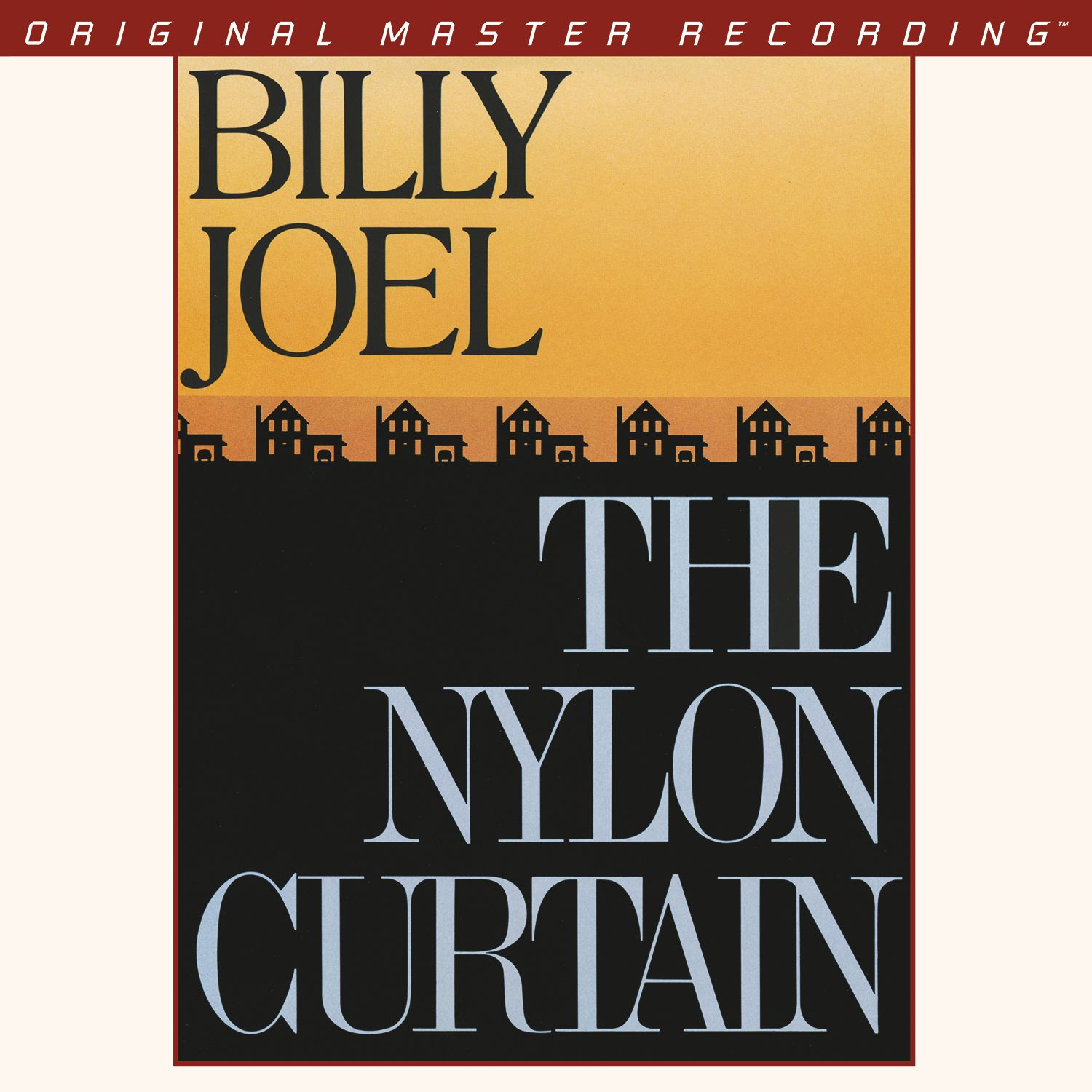 Legendary Singer-Songwriter Channels John Lennon on Musically Ambitious and Socially Poignant Baby Boomer-Themed Set. Having triumphantly asserted himself as a take-no-mess singer-songwriter on 1980’s hard-rocking Glass Houses, Billy Joel continues to push his creative impulses on The Nylon Curtain, a fascinating song cycle that pays tribute to John Lennon and stands as the most ambitious project of his career. Enriched by sweeping orchestral arrangements and socially conscious lyrics, the 1982 set addresses unemployment, war, and realities of the Reagan era with exacting precision. Insightful and clever, the album’s Baby Boomer-themed narratives continue to resonate.

The Nylon Curtain is mastered from the original master tapes and made available on fully transparent hybrid SACD. The myriad nuances amidst Phil Ramone’s crisp production assume greater tonality, texture, and detail. What was a very good-sounding album is now an audiophile-caliber favorite, with transparency, clarity, and microdynamics enhancing the poignant connection between Joel’s expressiveness and the listener’s emotions. The Nylon Curtain is now an even more personal experience, a brilliant distillation of sadness, loss, hope, and anger.

Harnessing concerns, obsessions, reflections, and feelings that consumed a majority of the Baby Boomer generation near the beginning of the Reagan Era, Joel delves into job loss (“Allentown”), wartime fallout (“Goodbye Saigon”), and, of course, romantic longing (“She’s Right on Time”). Rather than take a long-view perspective, Joel gets up and close to the issues, infusing the fare with a mix of sadness, frustration, cautious optimism, and moodiness that he wears on his sleeve. Joel’s melodies, too, ricochet with unmistakably personal sentiment, as he constructs arrangements in tribute to Lennon, whose ghost arises on pieces like “Scandinavian Skies” and “Laura.”

Pop culture author Chuck Klosterman addresses the Beatles link and The Nylon Curtain’s timeless appeal in Sex, Drugs, and Cocoa Puffs, writing: “’Laura’ and ‘Where’s the Orchestra’ really are as good as what’s on The White Album. This is because the first song says things so directly that its words shouldn’t make sense to anyone else (and yet they do), while the latter is so metaphorically vague that anybody should be able to understand what he’s implying.”

But relate and understand audiences do: The Nylon Curtain remains a pop marvel, introspective juggernaut, and finally, courtesy of Mobile Fidelity, a sonic landmark. Joel’s anguish, regrets, sorrow, and worries transcend both tastes and time. Somewhat underappreciated upon its original release, the 55-minute effort is now regarded as a conceptual masterpiece.