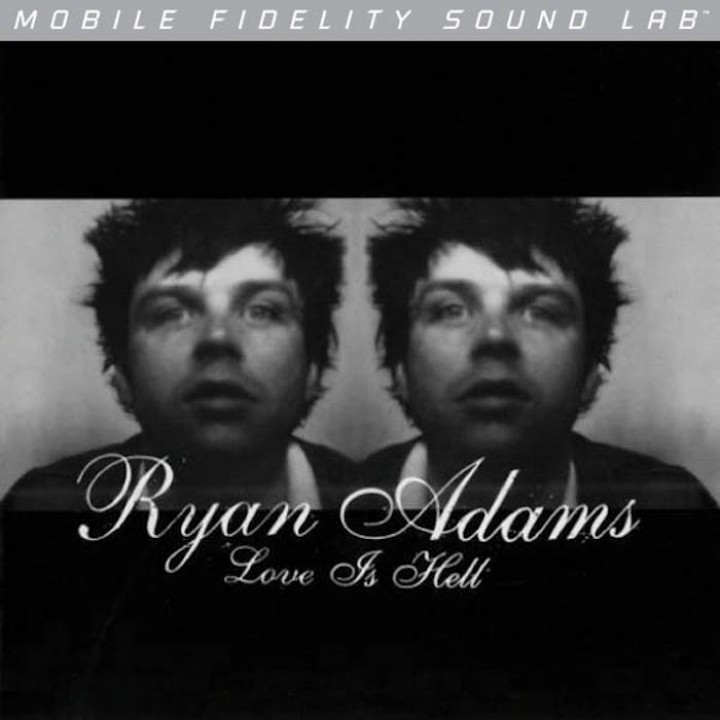 Originally released on two EPs, Love is Hell is a staggeringly personal report on romantic desolation, personal frustration, and incurable loneliness whose themes play out via heartbreakingly intimate vocals, stark acoustic guitars, unembellished electric guitars, chamber-pop strings, and spare pianos. The excising of pain has rarely sounded more bittersweet – or spiritual. Due to Ryan Adams' barren and tormented state, his record label initially refused to release the album out of concern it was too dark.

Renowned for his introspective takes splintered relationships, Adams has never sounded more severe, damaged, or frayed. Listening is akin to peering into the tiny soul of a human being reconciling what love is and what it requires, and whether or not it can be had – all the while conversing with the people that drift in and out of his life. Recognized by critics, peers, and fans for sketching impeccably detailed songs and lifelike protagonists, the singer/multi-instrumentalist doubles as a film auteur throughout Love is Hell. Such is the value he places on atmosphere, scenery, and insightful specifics.

Rain, snow, and cold color the songs' environment, the gloom, austerity, and dampness blending with the music's slate-grey vibes. Decaying, single-room-occupancy hotel rooms, unforgiving city streets, and long nights afflict characters that teeter on falling apart and seek solace by holding on to fading optimism – no more so than on the staggering cover of Oasis' "Wonderwall." Removing boundaries between himself and the listener, Adams pours out naked fears and thoughts. Expertly placed, minimalist instrumentation accentuates his dramatic swells, emotional extremes, and shifts in scenery.

Arrangements are nothing less than bracing. When employed, electric guitars resonate with tones that suggest showers and sleet, and on the title track – the record's most aggressive song – inform an anthemic irony. Tempos slowly drift, Adams' poignant voice remains unhurried, and looming metaphors threaten to swallow the hope on which the singer rests his head during his uncertain times. Throughout, via his phrasing and timbre, Adams makes you feel and inspires reaction. Love is Hell is the antithesis of background music, its somber qualities and reflective intricacies akin to burrowing into the pages of classic literature.

Product Code:LMFS040
Out of Stock