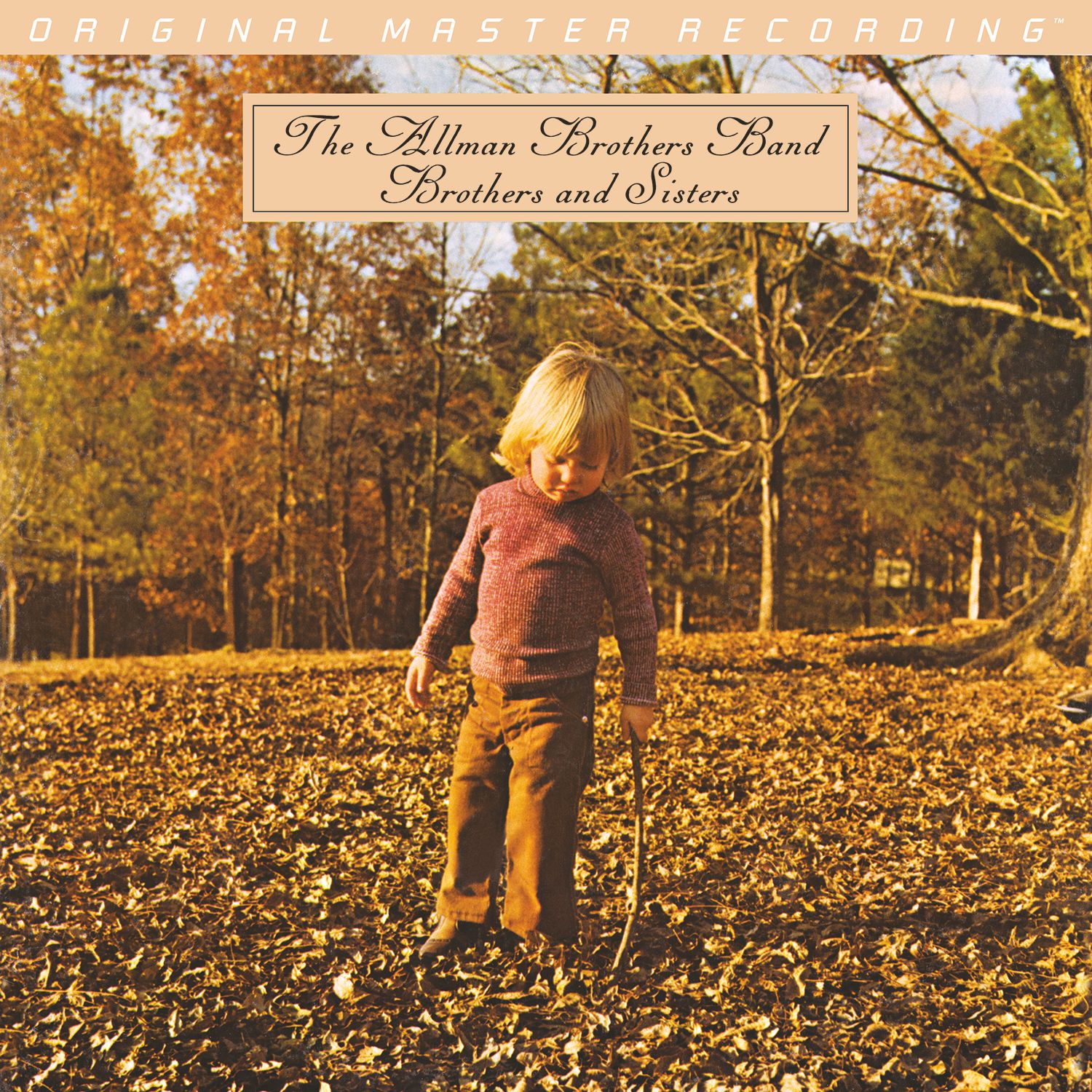 Numbered Edition 180-gram LP Sourced from Original Master Tapes
Brothers and Sisters is significant for myriad reasons. It's the first album the Allman Brothers Band made in its entirety after Duane Allman's death. It also came after bassist Berry Oakley's spookily similar passing, yet he appears on two of the songs. The 1973 set also marks the emergence of guitarist Dickey Betts as the collective's leader. And pianist Chuck Leavell's arrival. But more than anything else, the record remains noteworthy for its incredible soulfulness and completeness.

Having stayed at the top of the Billboard charts for five consecutive weeks, Brothers and Sisters constitutes the Allman Brothers Band's biggest commercial triumph. Given the circumstances surrounding its creation, such an accomplishment hardly seemed possible. Fresh from licking their wounds over Duane's tragic motorcycle accident, the group experienced déjà vu when Oakley met the same fate just blocks away from where his mate was killed. Rather than collapse, the Allman Brothers Band tightened up and mellowed out, inviting Leavell to join instead of recruiting another guitarist.

What the sextet gets in return for its troubles is music that marks the concrete beginnings of a form that soon become known as Southern rock. Leavell and Betts exchange notes as if the pair has been trading ideas since they were children. Slide guitars still tread over greasy grooves, yet the Allman Brothers Band digs deeper into country dirt, parlaying a twang anchored by Betts' picking and abetted by Gregg's organic, shot-of-blues vocals. The laidback vibe manifests on the signature "Ramblin' Man," a hit evocative of the record's breezy melodies and friendly interplay.

The cover art further reveals the Allman Brothers Band's mindset. Golden, tranquil, idyllic, Southern, loving: It's a paradise-longing view that would soon come crashing down in the group's lives but one that, for the duration and existence of Brothers and Sisters, remains gloriously undisturbed.