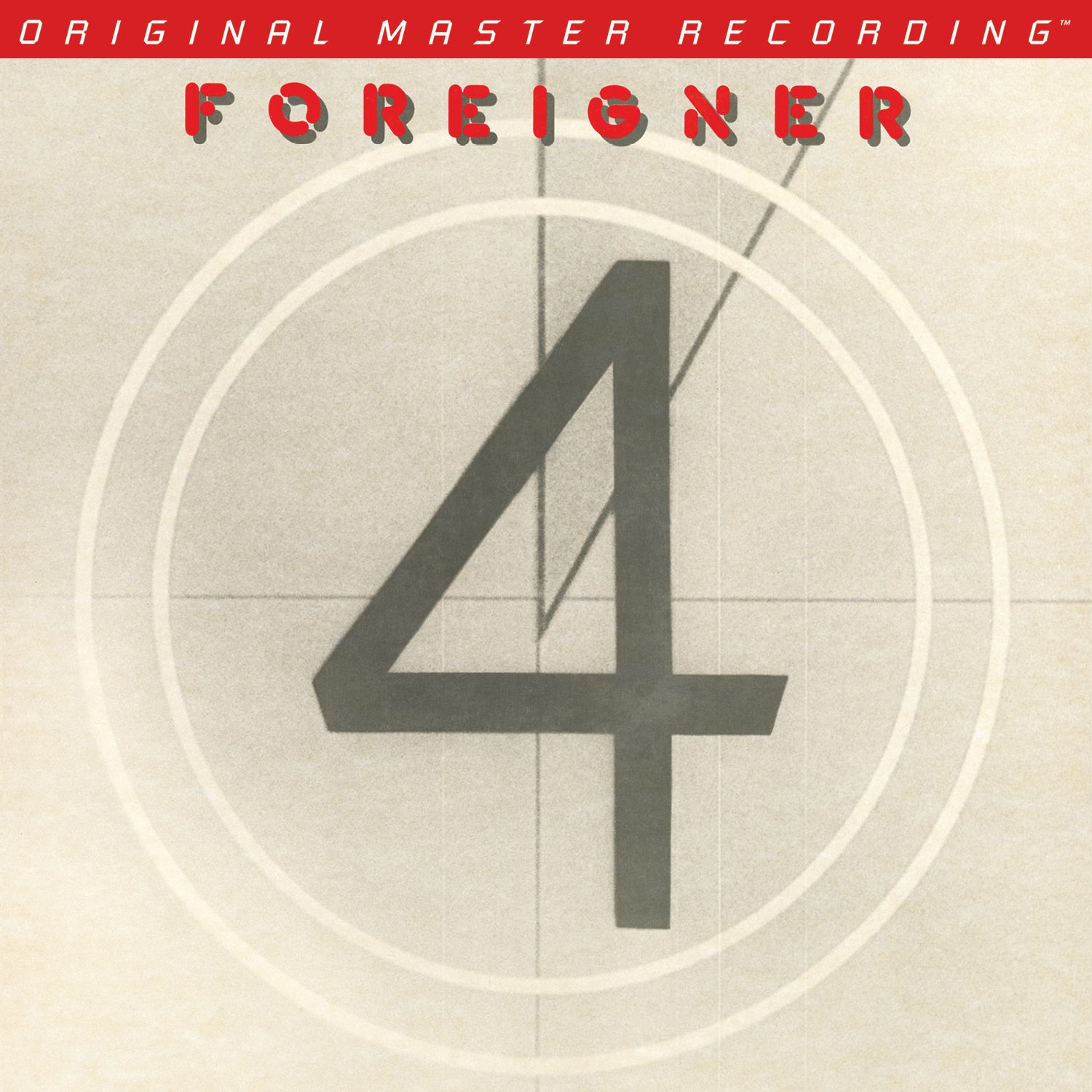 Numbered Edition 180-gram LP Sourced from Original Master Tapes
Want to be a juke box hero? Here’s your chance. Featuring Mutt Lange’s spotless production, contributions from Motown legend Junior Walker and new-wave icon Thomas Dolby, no less than three huge singles, and Foreigner’s most economical performances, 4 is classic-rock nirvana, a model of crystalline pop-rock melodies and lighter-flicking balladry. More than six million copies later, the 1981 record is still rightly discussed as a front-to-back masterpiece of precision, power, and economy. It’s an album that demands to be experienced in the highest-possible fidelity.

Half-speed mastered from the original master tapes, our 180g LP presents 4 in a room-filling, stadium-big sound that simply crushes what’s heard on all prior versions. Replete with energetic rockers such as “Urgent,” “Night Life,” and “Woman In Black,” the record benefits from a sonic facelift that opens up the previously compressed dynamics, expands the dimensions of the soundstage, dials in a clear path to the instrumental images, and erases the ceiling that pressed down on Lou Gramm’s superhuman vocals. For the first time, Lange’s obsessive, detail-oriented production can be enjoyed in all its splendid glory.

Fresh off blockbuster success with AC/DC’s Back In Black, Lange uses his magic touch on 4, pairing with guitarist Mick Jones who, armed with the best batch of riffs of his career, shared a the producer’s sentiment for discipline, efficiency, and cleanliness. And so, on crisp tunes like “Break It Up,” pianos and hard-hitting guitars share the same space without ever impinging on one another or overstepping boundaries. The winning formula also propels Top 5 hits like the wildly funky “Urgent,” sent to new heights by Walker’s dazzling saxophone solo, and the touching “Waiting for a Girl Like You,” a crossover smash that introduced Foreigner to soft-rock and adult-pop audiences.

Simply stated, 4 has everything: Rowdy frustration-releasing cuts, fiery rock n’ roll tunes, heartfelt torch songs, and synth-drenched pop numbers. The playing throughout positively smokes, as the one-two punch of Gramm and Jones lands with both emotional and musical impact every time. There's not a single wasted note. And, reduced to a quartet, Foreigner seems bent on making more with less, just as Lange does with the polished production. This is 42 minutes of hard-rocking bliss.