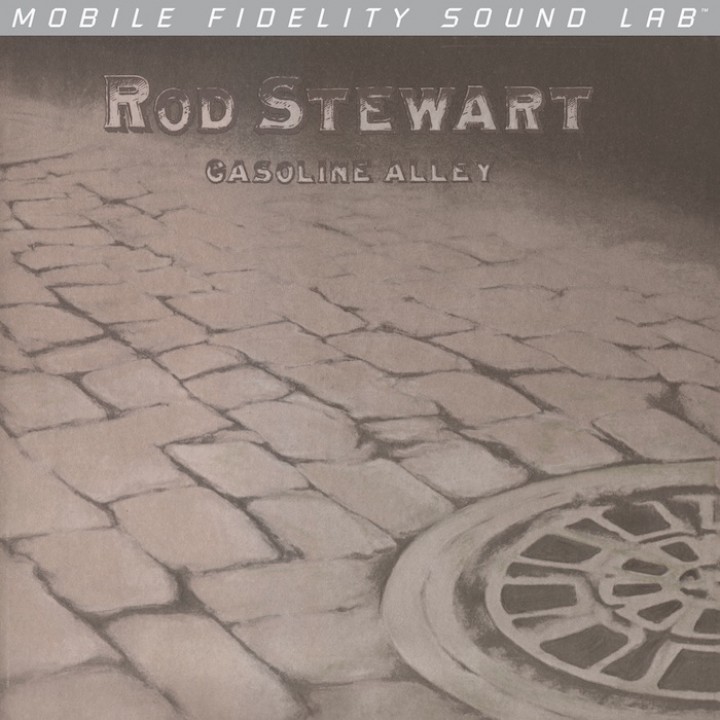 No matter what era or phase of Rod Stewart you prefer, nearly everyone is unanimous in choosing the artist’s early 1970’s output as his very finest. Proof comes courtesy of Gasoline Alley. A 1970 record that literally set the template for all folk-rock efforts that followed, the critically acclaimed album has been cited as one of the 1001 Albums You Must Hear Before You Die and remains a blueprint for evocative vocals, low-key presentation, and incredible interpretation.

Barely removed from his debut, Stewart comes into his own on Gasoline Alley, essentially a largely “unplugged” record on which the singer surrounds himself with a transcendent blend of acoustic guitars, mandolin, fiddle, piano, and understated percussion and channels the music with a gritty, rock n’ roll attitude. The results? Tough, organic, warm, swaggering, and unfettered songs that bow to country, rockabilly, blues, and folk influences all the while managing to belong to their own genre. It’s just one of the reasons why Gasoline Alley remains a study in distinctive excellence.

Another is due to Stewart’s passionate singing. Sensitive, understated, wistful, and raggedly worn, he inhabits the role of a journeyman that inhabits the narratives on standard-bearing covers of Bob Dylan’s “Only a Hobo,” Elton John’s “Country Comforts,” and the R&B shuffle “Cut Across Shorty.” He conveys a bevy of complex emotions—sadness, regret, optimism, sorrow, loss, humour, yearning—with a poignancy that suggests every song here is disarmingly personal. Of course, having a band sympathetic to his desires and directions, and one that claims the talent of players such as guitarist Ronnie Wood and organist Ian MacLagan, doesn’t hurt matters.

Mastered on our world-renowned mastering system and pressed at RTI (America’s best record plant), this numbered edition LP allows Gasoline Alley to come across with unrivalled warmth, organic tones, and transparent presence. The signature acoustic-electric blend of rock, blues, soul, and country crackles with energy; mid range and highs are vastly improved, affording listeners a clearer image of the Faces’ dynamic contributions and chemistry. And Stewart’s vocals take place right in your room. Wait until you hear the inflections and contrasts.

Product Code:LMFS016
Out of Stock