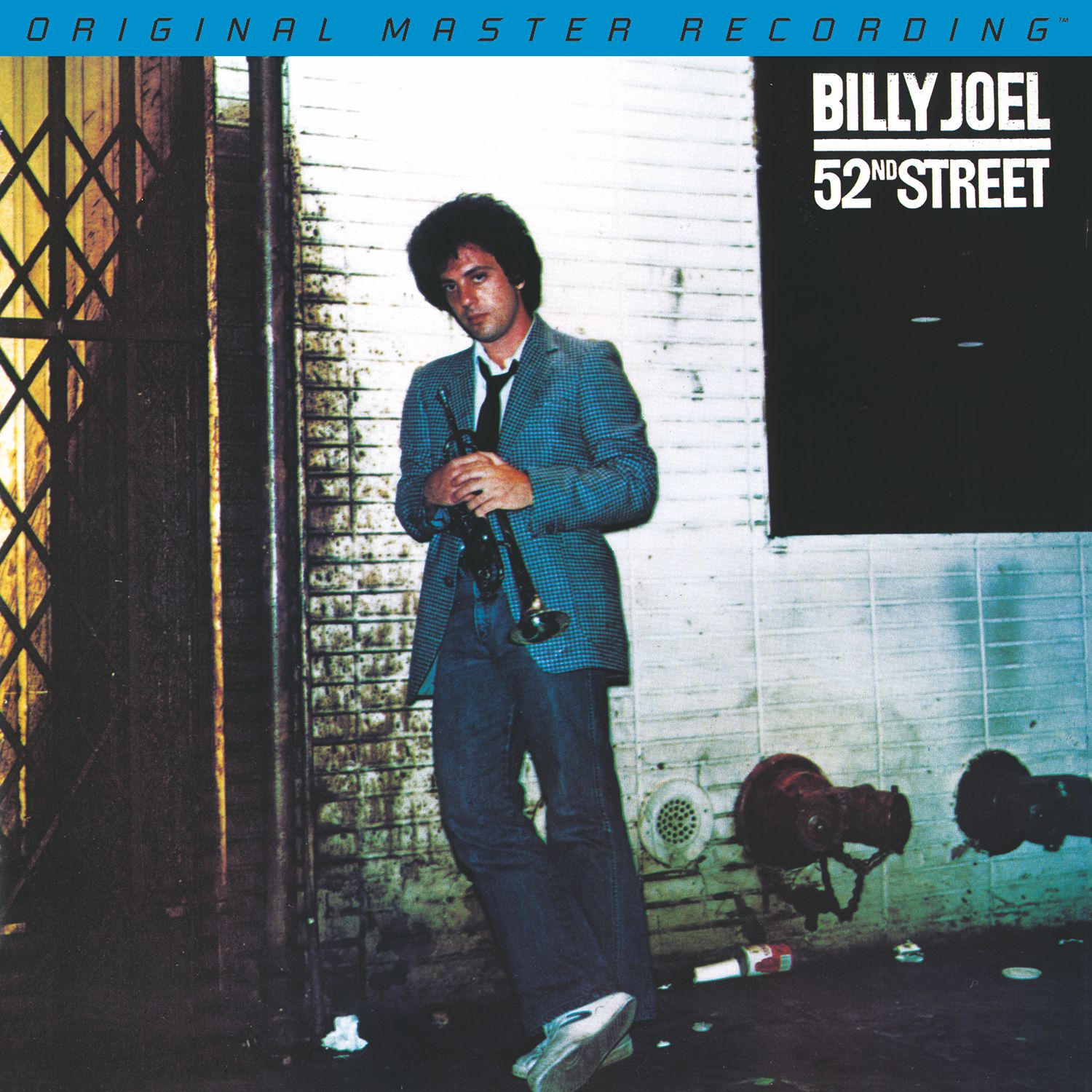 Numbered Edition 180-gram 2 LP 45 RPM Sourced from Original Master Tapes
Some artists embrace their success by repeating the steps that originally granted them fame. Billy Joel did the opposite, refusing to be contained by prescribed approaches or constrained by a given label. The follow-up to the breakthrough The Stranger, 52nd Street further expands on its predecessor's bold production techniques and inventive arrangements, incorporating more sophisticated textures as well as reflecting a jazz edge gleaned from New York City’s thriving club scene.

A key component of our Billy Joel catalog restoration series, The Stranger is mastered from the original master tapes and pressed on 45RPM 180g LP at RTI. The wider and deeper grooves—as well as the meticulous mastering process—yield resplendent dynamics, broad soundstages, three-dimensional perspectives, and tonal balances absent from prior editions. Indeed, Joel wouldn’t sound more realistic if were playing ten rows away from you onstage. This is how you want to experience the 1978 LP that captured the Grammy Award for Album of the Year.

Teaming again with producer Phil Ramone, Joel capitalizes on his momentum, churning out another direct-sounding affair replete with captivating melodic devices, showmanship accents, and penetrating lyrics. The singer’s concision and focus is evident via the tune’s lengths, with only “Until the Night” breaking the six-minute mark. Hit singles “Big Shot” and “My Life” rattle forth with an urgency and intensity that Joel had not previously demonstrated, the combination of passionate deliveries, snide overtones, and insistent grooves setting the table for what follows.

Broadening his palette, and drawing from New York’s thriving jazz club scene and the city’s late-70s grit, Joel splashes Latin and jazz colors on several pieces—even employing veterans such as Dave Grusin and Freddie Hubbard to contribute along with a cast that includes a team of background vocalists and horn players. Everything is tastefully appointed, and yet the vocalist’s trademark Broadway gaze and knack for the grand gesture coincide with the straight-ahead swagger.

52nd Street is one of the main reasons why Joel has always been championed for consistency. Everything here, from the production to the stand-up songs, helped redefine mainstream pop-rock. More than three decades later, it’s finally available in fidelity that rivals that of those Columbia Records’ master tapes produced right on 52nd Street.