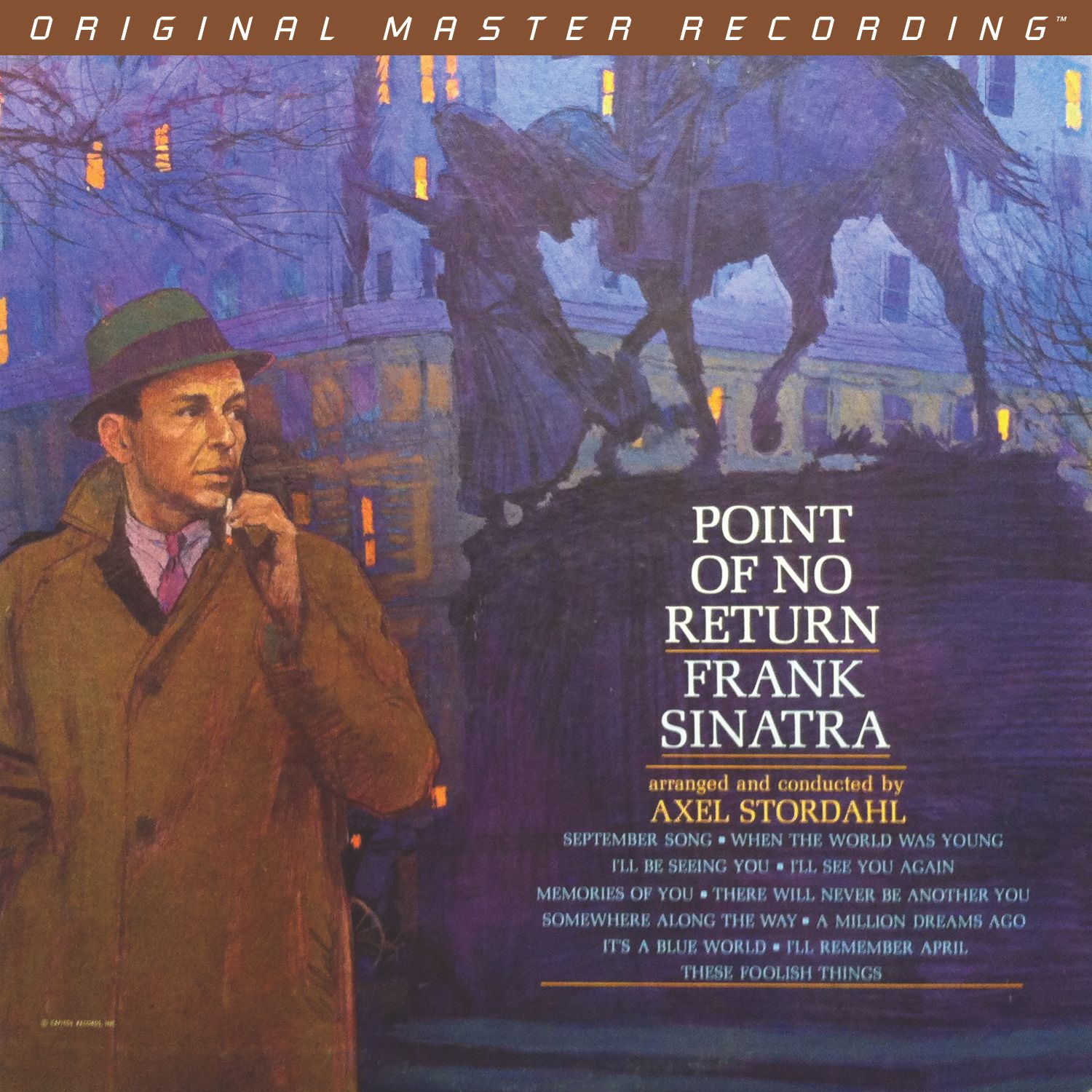 Point Of No Return (Frank Sinatra)

To make the occasion even more special, teamed with arranger Axel Stordahl, the virtouso that helped launch Sinatra’s star at Columbia during the 1940s. The result amount to one oft he findest send-off statements in history. Frank Sinatra fans continually debate which oft he artist’s album rank as his best, but there is no doubting the status attached to ‚point of no return’. Unquestionably the most overlooked effort in the Chairman’s Capitol catalog, it defines commom expectation that it was made to simply fullfill a contractual obligation.

Sinatra’s presence alone guarantees that isn’t the case, yet Stordahl’s involvement ensures this 1961 is something very special indeed. The chemistry between the old collaborators is immediately evident. Sinatra inhabits every phrase, feeling and expression conveyes on the dozen standards, achieving an intimate connection with Sotdahl’s instrumental accents. Akin tot he downbeat moods he casts on the immortal: ‚in the wee small hours’ & ‚only the lonely’, the vocalist keeps calm and cool, yearning and reflecting as if he is strolling a barren downtown after midnight, a man left alone with his thoughts and memories. Somber, wistful, mediative, teary-eyed sentimental – Sinatra paints each song with the emotions the need, nothing more and nothing less.

Mastered from the Original Analog Tapes, Mobile Fidelity’s Numbered Limited Edition presents ‚Sinatra & strings’ with a premium sonic fidelity that no other edition presents the songs as they should be experienced: In rich, lush, front-to-back sound in which the strings soar and literally inhale and exhale. Sinatra’s singing, as good as it is ever been during his career, comes across with unfettered transparency and tonal purity. Such ist he fidelity, the music turns into aural poetra, rendering completely fluid and tube-amp warm the rushes of strings, words and strucutres.

(ah the apple trees) when the world was young

a million years ago

there will never be another you

somewhere along the way

these foolish things (remind me of you)

as time goes by

I'll be seeing you