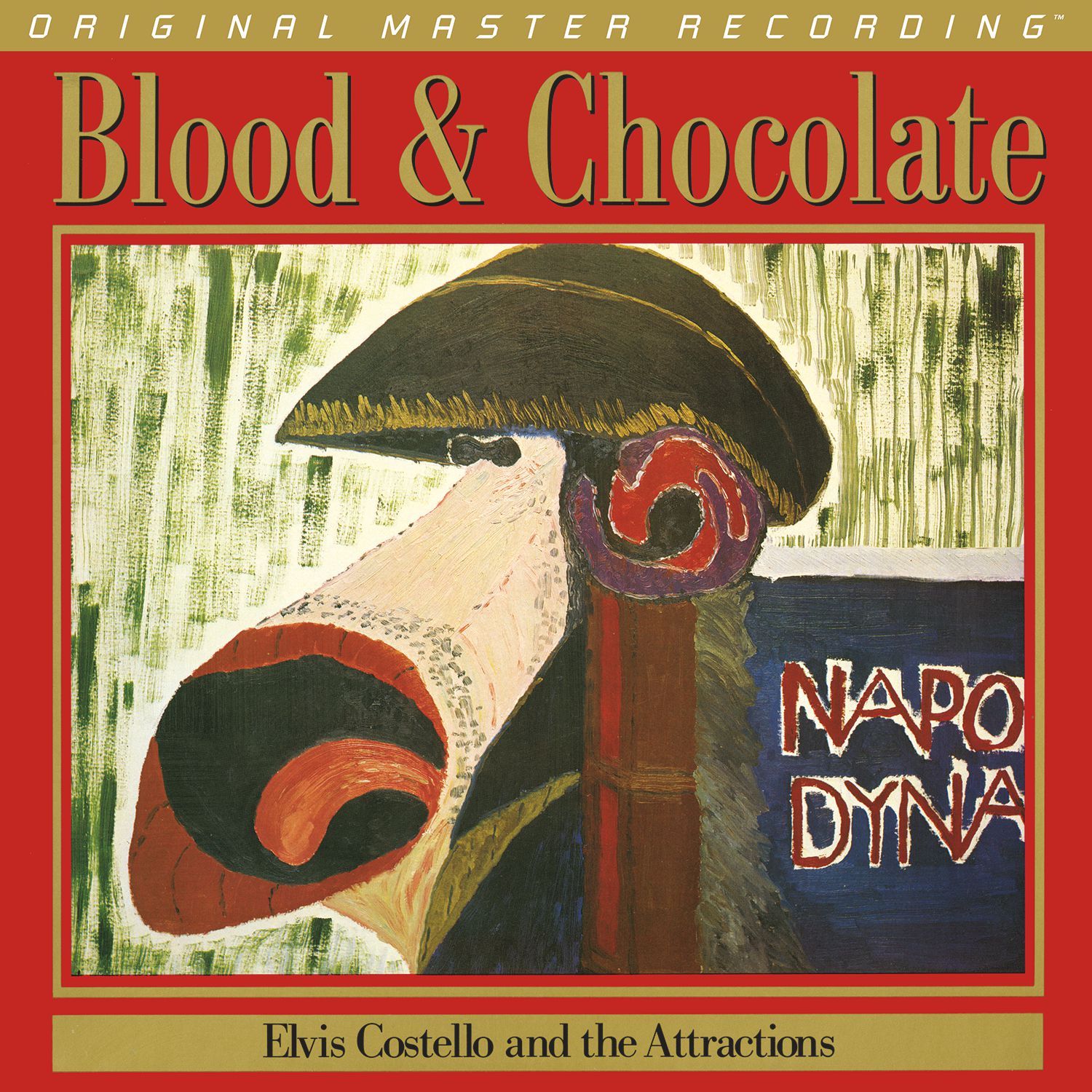 Numbered Edition 180-gram LP Sourced from Original Master Tapes
Known in his youth as the "angry young man," Elvis Costello waited until 1986 to create the most vicious record of his career. Stripped to the studs and produced by Nick Lowe, Blood and Chocolate seethes with vindictiveness, spite, and rancor. The 11-track effort clatters with raw rock n' roll menace and clangs with darkly humorous intent. Venomous, acerbic, and aggressive, it values rhythm and attack over harmony and melody. A volatile rite of passage on which harsh Telecaster riffs cut like razor blades and Costello spits words as if they were Molotov cocktails tossed at enemies, this is the satisfying sound of emotional catharsis.

"The album title and Eamon Singer's crude cover painting reflected some intense and uncertain situations. The record might have well been a blurred polaroid: a smashed-up room, a squashed box of chocolates, some broken glass and a little blood smeared on the wall," wrote the singer in 2002. "The album [is] a pissed-off 32-year-old divorce's version of the musical blueprint with which I had begun my recording career with the Attractions." Indeed, the band—on the verge of fraying at the seams and at each other's throats in close confines—pummels twanging chords, beats up on notes, turns up amplifiers, and eyes everything with great suspicion.

Lyrically, Costello has seldom been wittier, sharper, or more malicious. The snarling, tables-turning "I Hope You're Happy Now" joins Bob Dylan's "Positively Fourth Street" as among the most lacerating kiss-off tunes ever penned. Similarly sarcastic, "Next Time Round" lends a pop rave-up air to the album's otherwise dark assault. The bloodletting "Crimes of Paris" and "Poor Napoleon" (featuring Pogues singer Cait O'Riordan playing the role of "the voice of pity") confront the consequences of traumatic relationships and lustful choices with a savvy intellect. Given the mood and mindset of everyone and everything involved, it's no surprise that Costello and the Attractions wouldn't again work together until eight years later. Saying that Blood and Chocolate was worth the sacrifice is an understatement.

1. Uncomplicated
2. I Hope You're Happy Now
3. Tokyo Storm Warning
4. Home Is Anywhere You Hang Your Head
5. I Want You
6. Honey, Are You Straight or Are You Blind?
7. Blue Chair
8. Battered Old Bird
9. Crimes of Paris
10.Poor Napoleon
11.Next Time Round