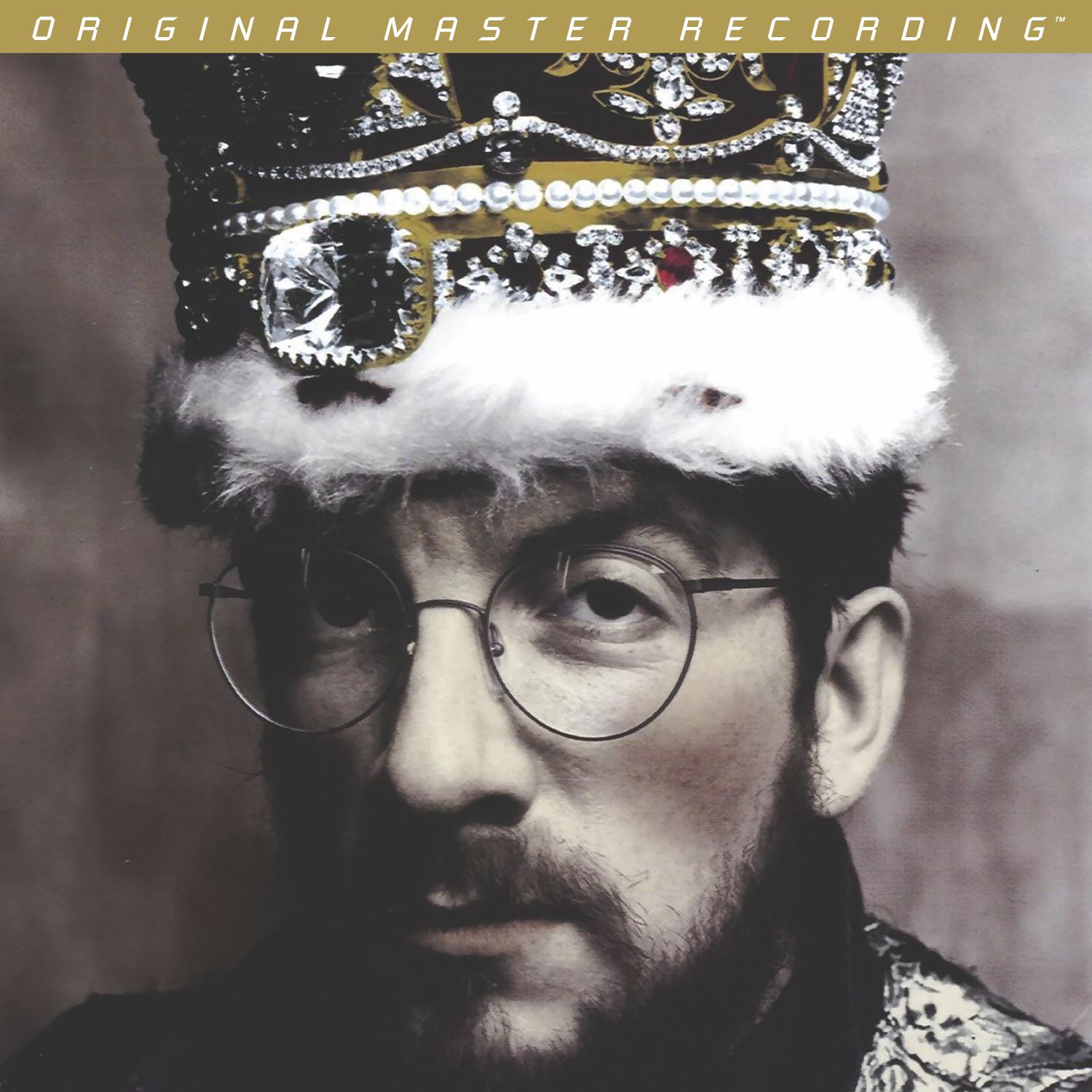 Elvis Costello spent the year prior to recording King of America embarking on a solo tour, usually accompanied by producer/singer-songwriter T-Bone Burnett. The pair’s decision to collaborate on Costello’s 1986 album came naturally, and the music sounds it—emotional, effortless, literate, seemingly uncomplicated. Credit, however, not only goes to the best batch of Costello originals since 1982’s Imperial Bedroom, but to the literally awesome and awe-inspiring cast of musicians Burnett invited to participate.

Mastered from the original master tapes and pressed at RTI, our 180g LP of this masterpiece broadens the live-in-the-studio intimacy and opens up the midrange, highs, and lows of Burnett’s fabulously de-congested mix. Made with few overdubs or effects, King of America relishes organic approaches and faithful tones—as well as a vast spaciousness and balance not always evident on Costello’s efforts with the attractions.

Given the brilliance of the performances, every music fan will want to be brought as near as possible to the purity of these sessions. A Hall of Fame-caliber list of instrumentalists accompany Costello, with Elvis Presley’s T.C.B. mates Ron Tutt (drums), James Burton (guitar), and Jerry Scheff (bass) forming one band and drummer Earl Palmer (Little Richard), bassist Ray Brown (Oscar Peterson, Duke Ellington), pianist Tom Canning, and organist Mitchell Froom ready in waiting as another. Several of these musicians formed yet another band, joined by drummer Jim Keltner of Bob Dylan, George Harrison, and John Lennon fame. Oh—and the Attractions make a guest appearance on one track.

King of America—the title reflective of the threads of intentional, thought-provoking contradiction throughout—would be exemplary if just for the troupe. Yet it’s the combination of chemistry, ability, sonics, and tunes that propel this watertight platter to iconic status. Unconcerned with writing a radio hit or adhering to a single musical theme, Costello wrote a majority of the material on acoustic guitar and on piano, tapping his pub-rock and folk roots in turning out songs that remain some of the catchiest, introspective, and deep of his career. Cuts such as “Indoor Fireworks,” “Poisoned Rose,” “Brilliant Mistake,” and “Suit of Lights” epitomize Costello’s inimitable manner of viewing adulthood, romance, and geographical transition through a transparent lens that blocks neither truth nor consequence.