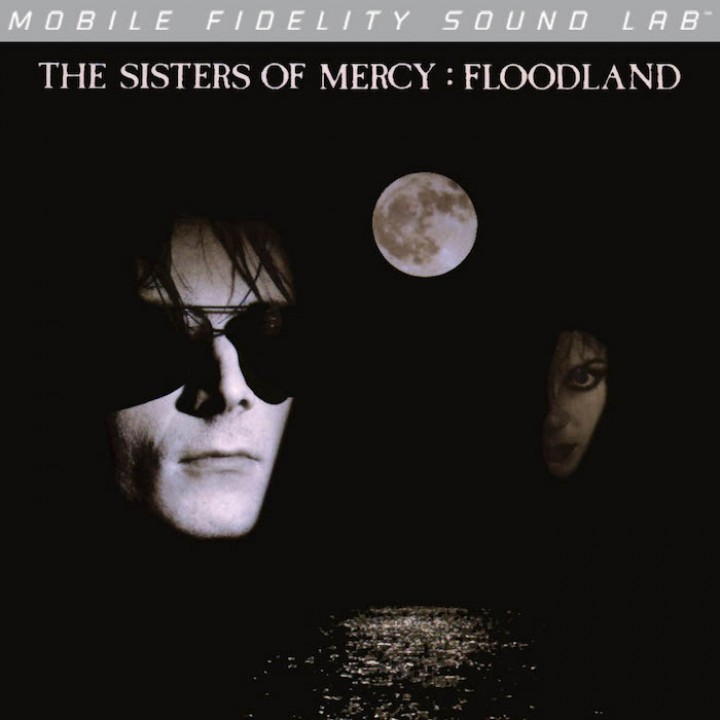 The Sisters of Mercy emerged from a brief hiatus and lineup overhaul in spectacularly grand fashion on Floodland, an epic album that stands as the group's commercial breakthrough as well as one of the period's monumental productions. Having witnessed his bandmates leave, singer Andrew Eldritch recruited bassist Patricia Morrison, utilized a groundbreaking drum machine, and hooked up with Meat Loaf collaborator Jim Steinman to attain a glorious, bombastic, and irrepressible marriage of gothic rock and sumptuous balladry.

Mastered on our world-renowned mastering system and pressed at RTI, this Silver Label LP improves the record's splendid dynamic contrasts, low-end thrust, expansive dimensionality, and moody atmospherics. Steinman's unforgettable sonic contributions finally receive proper due in the form of towering choruses and operatic heft. The group's signature epic "The Corrosion," described by Eldritch as a narrative about "power in the face of misery," sounds downright staggering, with an awe-inspiring performance by the New York Chorale Society and blooming classicism.

Throughout, the Sisters of Mercy traverse myriad styles in breaking down goth-rock conventions. As on the band's noisier debut First and Last and Always, brooding emotions, nocturnal episodes, and dim sentiments gloss over the songwriting. Yet there's a colossal amplification of evocative spirituality, delicate accents and anthemic riffs that combine with funky drum-machine beats and visceral tension to yield music that dares listeners not to dance and/or lift their hands skyward.

Rhythms play as large a role as the leader's trademark stentorian vocals, with thundering grooves and crashing percussion illuminating incisive lyrics and industrial-tinted scenery. Whether felt via the dramatic waves of "Lucretia My Reflection," balladic sweep of "1959," or charging protest of "Dominion/Mother Russia," Floodland is a touchstone, topped off by iconic cover art that fits in with today's vampire-obsessed society as well as it did upon release in 1987.

Product Code:LMFS021
Out of Stock