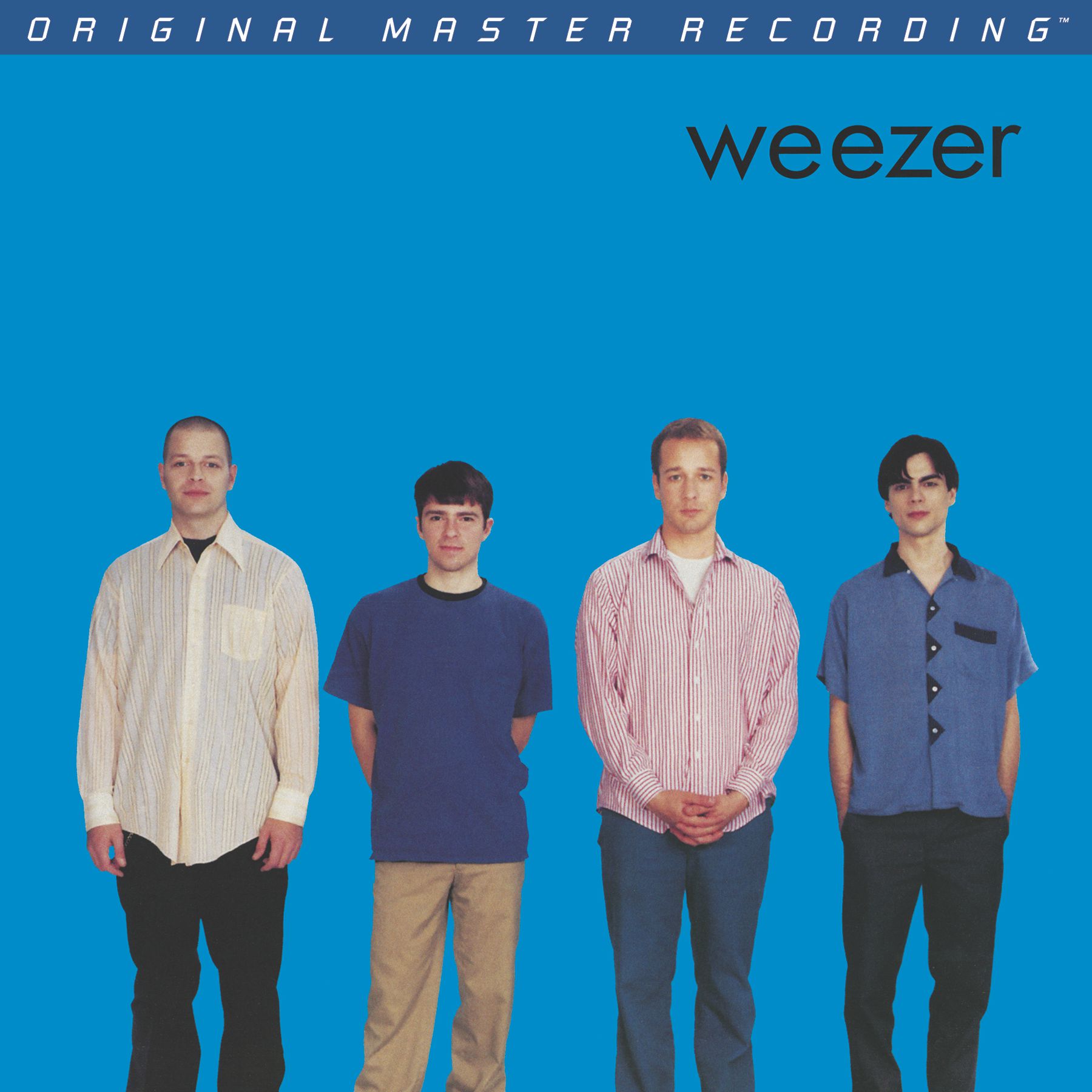 Mastered from the original master tapes and pressed on 180g blue-colored vinyl at RTI,our analog version of the 1994 release Rolling Stone named the 297th greatest album ever recorded finally possesses the grand-scale sonics that the music's bunker-busting hooks deserve. Cars frontman Ric Ocasek's polished production is now both free of artificial ceilings that squashed the explosive dynamics and rid of the compression that saddled the frequency range. Instrumental separation is vastly improved, and the amount of midrange energy seemingly doubled. This reissue is guaranteed to help you rock out.

Underdogs and misfits, Weezer emerged from Los Angeles as nerdy kids that eschewed traditional party-hard ways in favor of studying Kiss records, engaging in conversations about old LPs, and playing Dungeons and Dragons. The band's awkwardness joyfully translates in its songs on its 1994 debut, largely concerned with jealous insecurities, pop culture, true-to-life heartbreak, common accidents, youthful misconceptions, and daydreaming. Unlike many of their indie-rock peers, Weezer finds no need to conceal feelings in obscurities, snark, or impossibly impenetrable quirkiness.

While every song on Weezer is a delight, "In the Garage," the ultimate ode to a heavy-metal practice space and private musical retreat, best spells out the album's appeal and the band's intent. "I've got an electric guitar/I play my stupid songs/I write these stupid words/And I love every one/Waiting there for me/Yes I do, I do/In the garage/No one cares about my ways/In the garage where I belong" sings leader Rivers Cuomo, his voice often meshing with that of Matt Sharp, and giving the material a barbershop-quartet harmonic boost in line with the catchiness of the guitar-driven bridges and rhythmic foundations.

More than three-times platinum, the Blue Album, as it's often called, also claims an iconic cover that pays tribute to that of the Feelies' Crazy Rhythms. The picture – as well as the bubblegum-inspired content within – has become an indelible part of modern culture. Weezer graces must-have lists from Rolling Stone, Pitchfork, Guitar World, and more. And needless to say, "My Name Is Jonas," "Say It Ain't So," "Buddy Holly," and "Undone (The Sweater Song)" are all modern classics