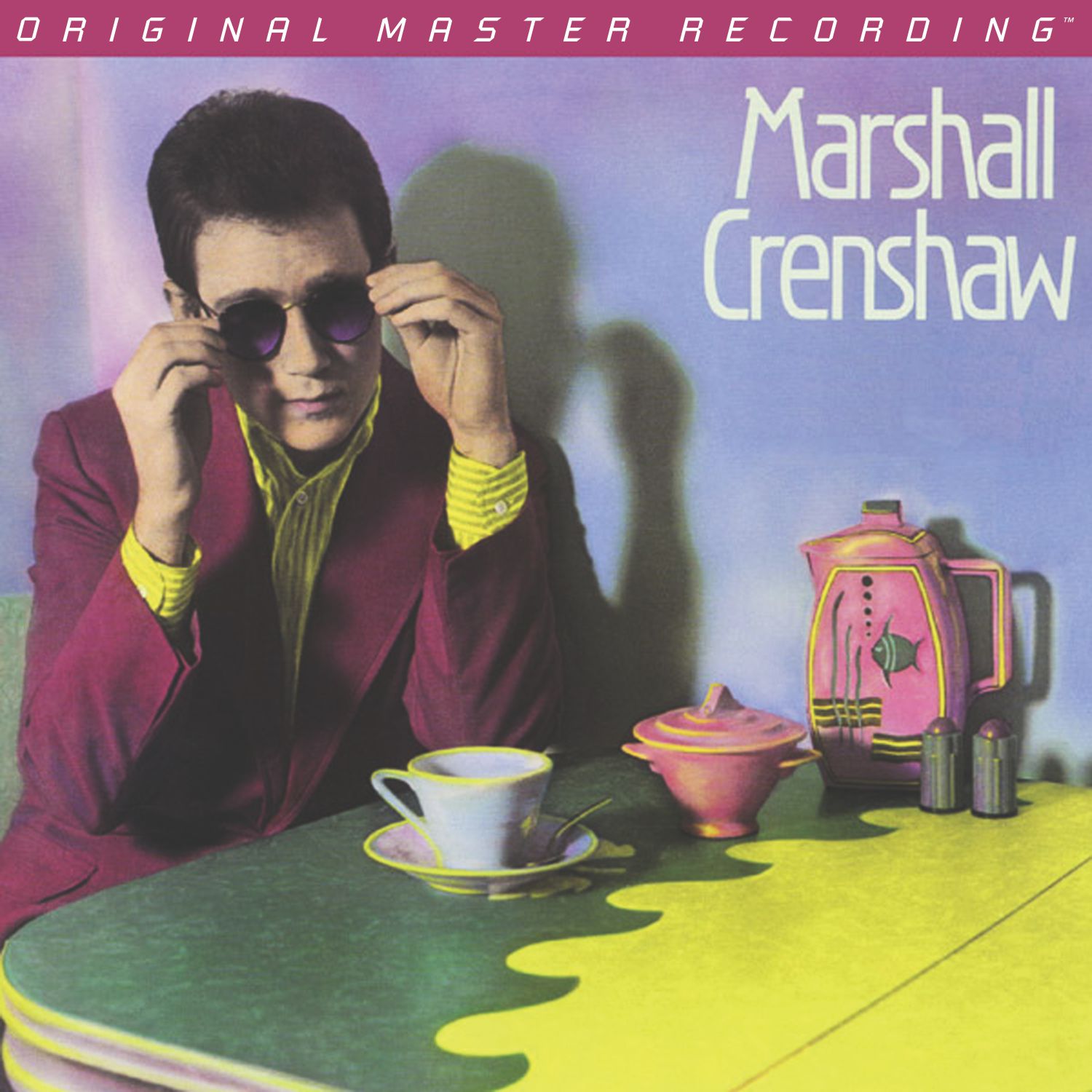 The Eighties weren’t all bad. Here’s proof. A five-star record that announced the arrival of a serious new talent and deviated from the slick artifice of the time, Marshall Crenshaw is the timeless sound of great pop, impeccable songwriting, and youthful enthusiasm. From the art-deco cover to a yearning rendition of “Soldier of Love”—first covered by the Beatles at a 1963 BBC Session and later turned into a surprise hit by Pearl Jam—Marshall Crenshaw’s 1982 debut is a gleeful throwback to rock n’ roll’s soul, British Invasion, and rockabilly roots. Fans of Elvis Costello, Nick Lowe, and Weezer will want this. Now!

Crenshaw’s passion for rock’s golden era is palpable on every track here, particularly the radio smash “Someday, Someway,” breezy “The Usual Thing,” and persuasive “There She Goes Again.” Resemblances to Buddy Holly, Beach Boys, and the Beatles are by design. Delightfully out of time, Marshall Crenshaw is a tribute to the everlasting charm of carefree melodies, quirky hooks, simple bass lines, and jangling chords. This is an album that will get stuck in your head and stay there for days.

Remastered from the original master tapes, Crenshaw’s defining moment now features sound that’s as brilliant as the tunes. Songs benefit from the newly realized spaciousness and warmth. Crenshaw’s subtly echoing vocals and lively guitar strumming naturally resonate, and instrumental touches such as the glockenspiel on “Cynical Girl” emerge as if the original sessions happened yesterday.

There She Goes Again
Someday, Someway
Girls
I'll Do Anything
Rockin' Around in N.Y.C.
The Usual Thing
She Can't Dance
Cynical Girl
Mary Anne
Soldier of Love
Not For Me
Brand New Lover

Product Code:LMF294
Out of Stock