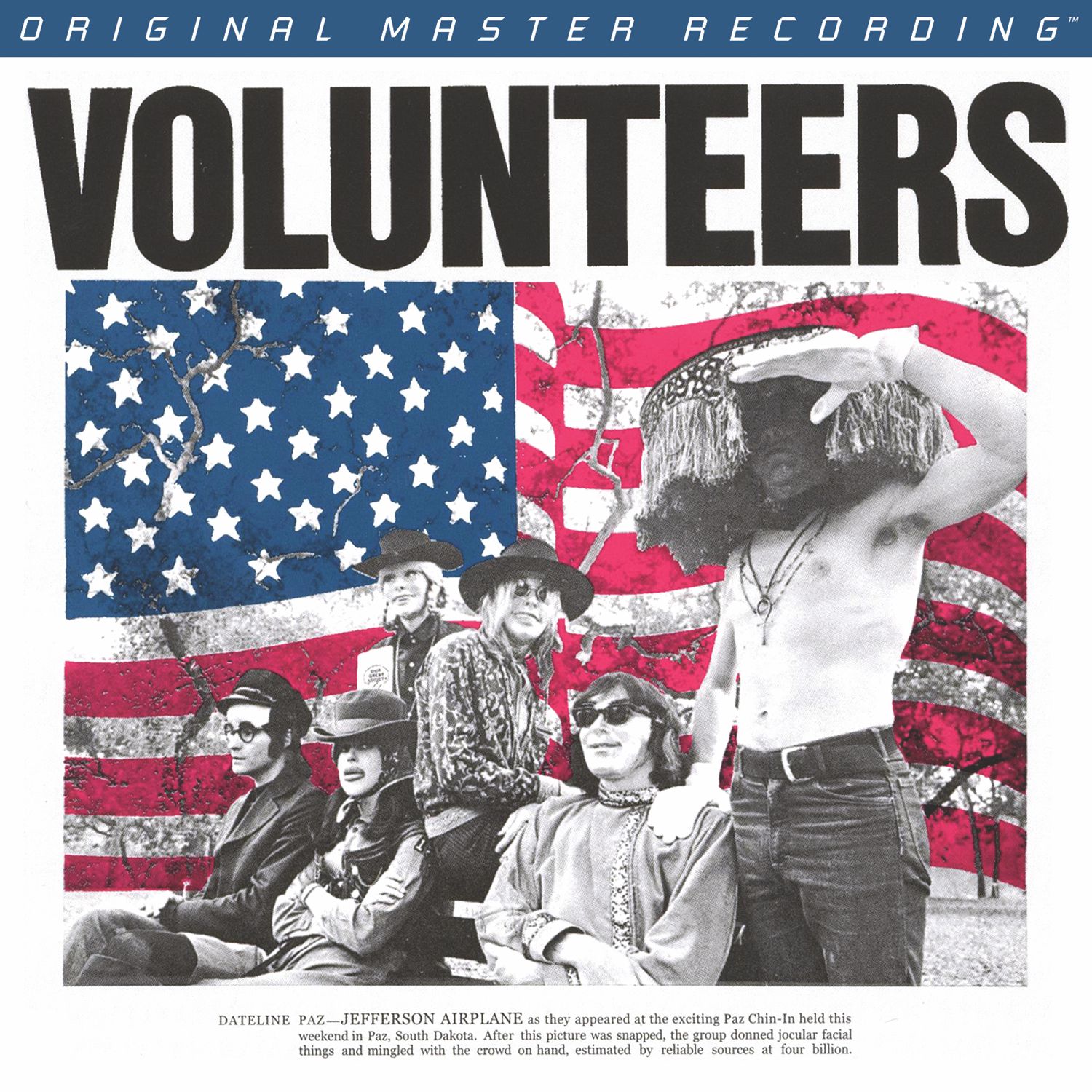 Numbered Edition 180-gram 2 LP 45 RPM Sourced from Original Master Tapes
Awash in controversy and loaded with revolutionary protest, Jefferson Airplane's Volunteers stands as the last album made by the group's classic lineup and brings insurgent closure to the peace-and-love era. The potent 1969 record confronts war, politics, greed, and environmental ruin in head-on fashion matched by few peers. Steeped in the belief people and music could transform the world, it steers the band in community-minded and county-rock directions, and features charged playing by guest luminaries such as Jerry Garcia, Stephen Stills, David Crosby, and Nicky Hopkins. Volunteers also benefits from being one of the first 16-track recordings. And now, the historic set can be heard in the fidelity the artists and producers intended.

Much had changed in America – and within Jefferson Airplane – in just the two short years since the release of the San Francisco collective's breakthrough smash Surrealistic Pillow. The countercultural movement had darkened, government involvement in Vietnam escalated, and regard for human rights fallen. Retreating from the excessive experimentalism that graced its prior two LPs, the Airplane responded to the social circumstances with defiant, assured, and cohesive songs shot through with driving psychedelia, crunchy acid-rock, and rustic country. From start to finish, it's the aural equivalent of a demonstration march.

Having drawn attention for the inclusion of profanities in multiple tunes, the Top 20 LP also ran up against the nonprofit Volunteers of America after the sextet wanted to title the record Volunteers of Amerika in order to express further dissatisfaction with the country. While Grace Slick and Co. gave into the charity's desires to switch the name, there's nothing compromising about Volunteers. Kaukonen's leads cut searing swaths through urgent fare like "Eskimo Blue Day" and anthemic "We Can Be Together," which boldly speaks out against convention and in favor of chaos and anarchy.

Indeed, in organizing a pseudo summit of many of the counterculture's leading musical figures to participate on Volunteers, the Airplane treats the album as an orchestrated stance against the establishment. Stills and Crosby assist in rocking the boat on a turbulent cover of "Wooden Ships" lined with Slick and Marty Balin's overlapping lead vocals. Hopkins gooses the call-to-arms title track with frisky boogie-woogie lines. Garcia lends "The Farm" a suitable rustic vibe, and on his final appearance with the Airplane, drummer Spencer Dryden helms the pastoral sing-a-long "A Song for All Seasons."

Product Code:LMF457
Out of Stock