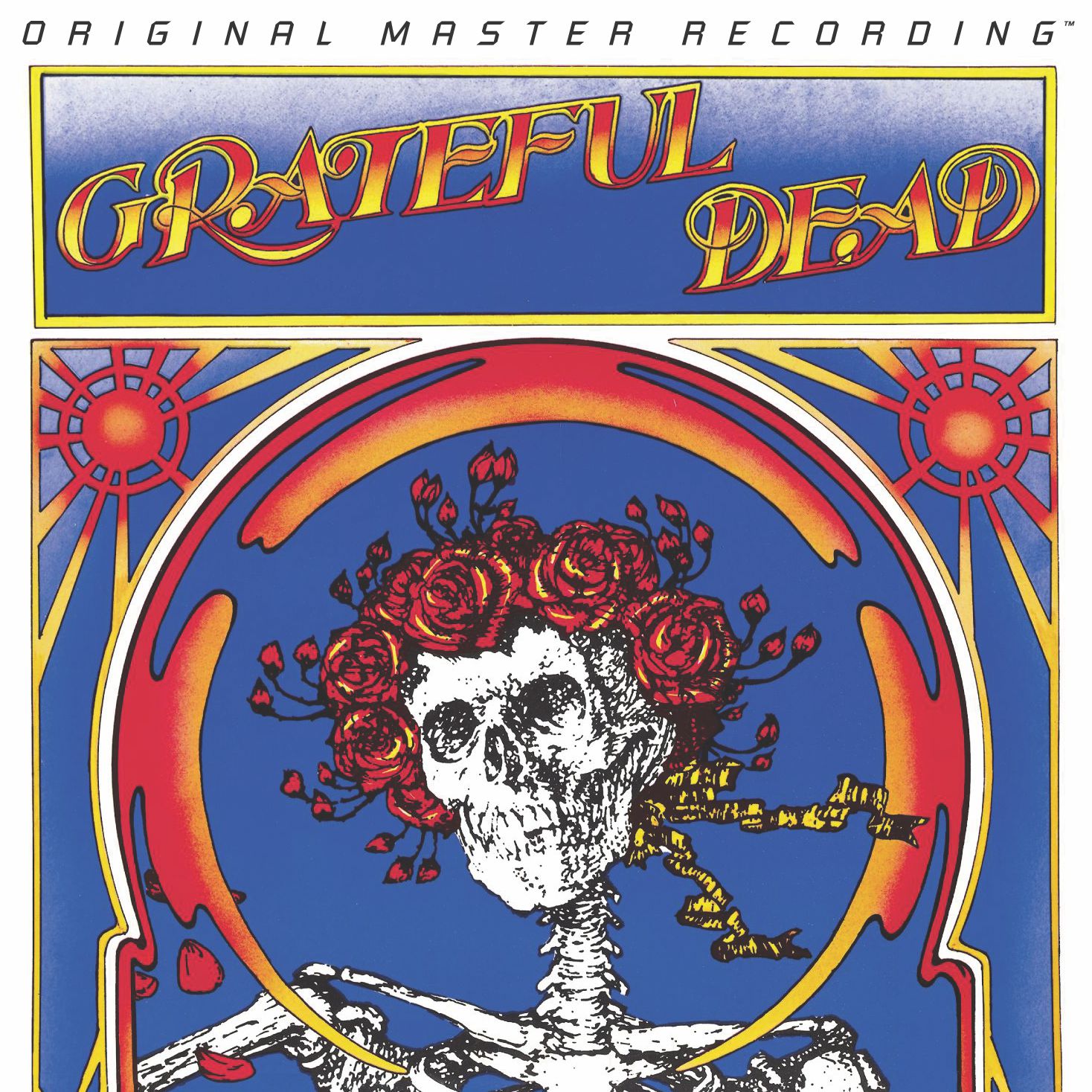 The Grateful Dead took to the start of the 1970s as a different albeit equally thrilling and eminently broader-reaching band than the ensemble that revolutionized psychedelia in the late 1960s. Made evident in the back-to-back studio releases Workingman’s Dead and American Beauty, the group increased its mastery of harmony-driven roots songs distinguished by catchy signatures, more concise arrangements, and impossibly organic textures. Captured live in spring 1971 and featuring not a single repeated song from Live/Dead, the expressive performances on Skull & Roses document this stylistic expansion in unsurpassed fashion. The double-LP constitutes the no-limits sound of an iconic band coming in to its own.

Originally captured on a 16-track recorder, the songs brim with rarified levels of you-are-there realism and reach-out-and-touch immediacy. Notorious for its exacting sound demands, the Dead achieves the kind of instrumental and frequency-range transparency that many dedicated audiophiles spend their entire lives dreaming about. Skull and Roses is a kernel of sonic truth. Such is the pressing’s degree of detail and insight that listeners will be able to debate what gauge guitar strings the members are using as they savor every last breath, riff, and snare hit.

Thankfully, the band’s perfectionist attitude toward sound doesn’t literally transfer over to its music approach. Loose, lively, playful yet earthy, focused, and committed, the Dead crackles with boogie-based moxie, greasy soulfulness, and swaggering bravado, each note seemingly exploding like tiny pieces of magic that hover in the air and cast hypnotic spells. The group’s embrace of leaner, tighter, more melodically incisive songs and the swaying rhythms that accompany the approach directly relate to two key lineup changes: the temporary departure of drummer Mickey Hart and permanent leave of keyboardist Tom Constanten. As a result, the Dead toured as a quintet, with Bill Kreutzmann the sole percussionist and Garcia, bassist Phil Lesh, guitarist/singer Bob Weir, and keyboardist/vocalist Ron “Pigpen” McKernan rounding out the barer-bone cast.

Not only do Garcia, Lesh, and Weir show tremendous growth as singers, the Dead as a whole further invest in folk, country, R&B, rock, and blues traditions—via Garcia’s sweeter tones and Bakersfield picking, Weir’s cowboy twang and increasingly confident counterpoints, Kreutzmann’s hang-fire beats and scurrying grooves, Lesh’s weighty sway, McKernan’s foreshadowing spiritual timbres. Inspired covers of tunes by Merle Haggard (a frisky and defiant “Mama Tried”), Willie Dixon (the comfortably rumbling, boozy honky tonk “Big Boss Man”), Kris Kristofferson (the dusty, peaceable tale “Me and Bobby McGee”), Chuck Berry (a supercharged romping “Johnny B. Goode”), and Buddy Holly (“Not Fade Away,” segued into “Goin’ Down the Road Feeling Bad”) announce the Dead’s intent to make practically every style of contemporary American music their own, and in the process—to paraphrase the great Bill Graham—be the only ones that did what they did.

A similar attitude informed the record’s genesis. The group originally lobbied to call the album Skullfuck before the record label, at an allegedly chaotic meeting at the infamous Hyatt Hotel, dissuaded the humorous ploy. While technically named Grateful Dead, the album is commonly known as Skull and Roses due to Alton Kelly and Stanley Mouse’s now-iconic cover art. Trivia buffs might know the latter is based on an illustration for an antique edition of the Rubaiyat of Omar Khayyam.

The 1971 effort also has another huge claim to fame: It included the message “DEAD FREAKS UNITE. Who are you? Where are you? How are you?” Those simple lines, and the invitation to respond, created of the Deadhead subculture and biggest fan list in history, utterly pioneering the industry overnight.

Product Code:LMF367
Out of Stock