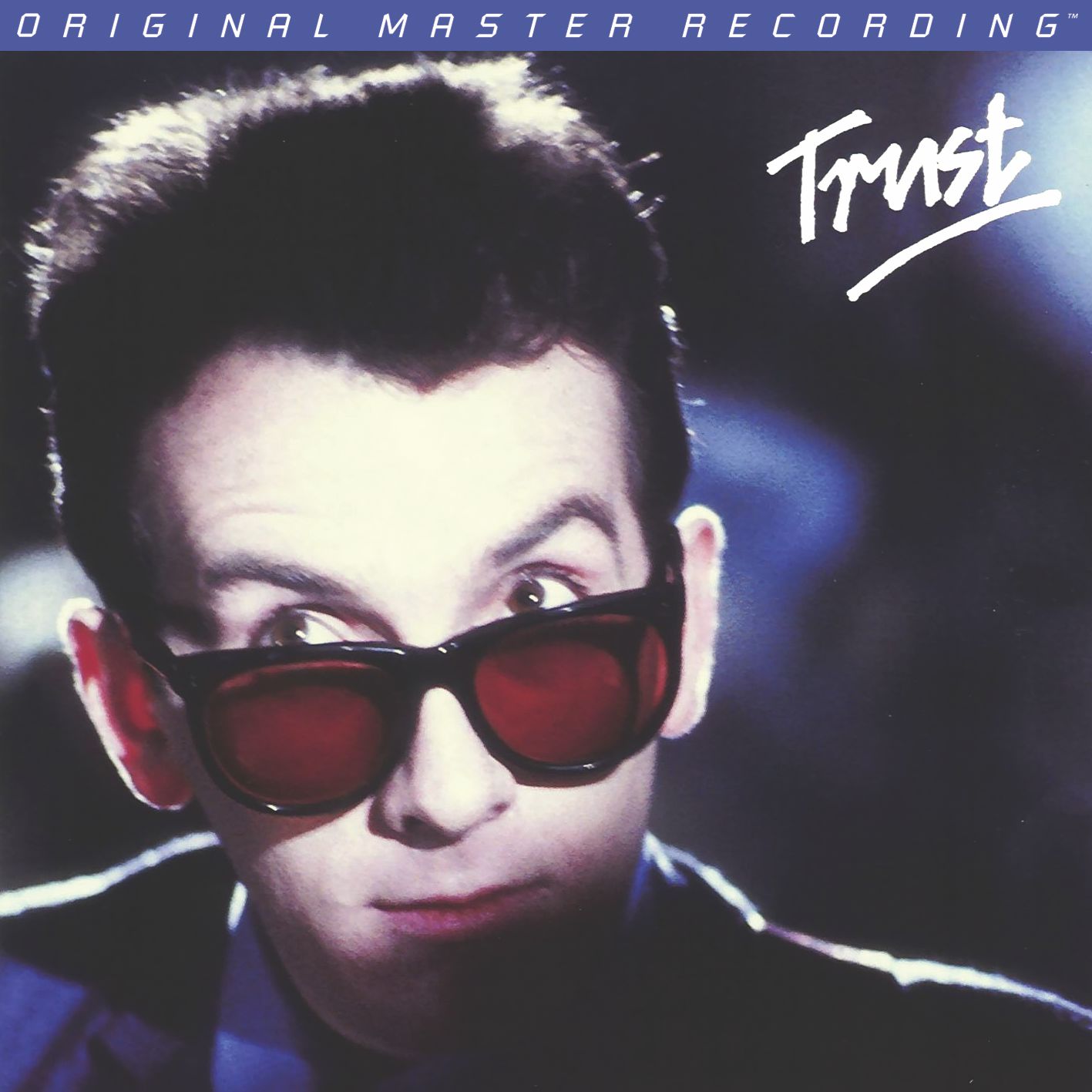 Numbered Edition 180-gram LP Sourced from Original Master Tapes
The album cover to Trust speaks volumes: Elvis Costello, bathed in shadows, his eyes nervously peering out from behind his sunglasses, his face conveying a combination of edgy noir purpose and guilt-ridden anxiety. Indeed, the tension-rich songs within largely convey the opposite meanings of the record's title, with the British icon musing on what lies beyond arrogant youth and immediate success with a jaundiced, scarred perspective informed by his country's political climate and his own experiences.

Of course, this being Costello and the Attractions, everything is wrapped into a catchy batch of songs that encourage listeners to hear them multiple times before they reveal their true intent. On Trust, almost nothing is what it seems, a condition that only enhances what remains the most diverse set of Costello's career.

Whether the full, rounded tones of Bruce Thomas' bass or complete extension and decay of Steve Nieve's organ, every instrumental accent is delivered with lifelike detail and superb balance. Melodicas, drums, pianos, and guitars similarly come across faithfully and richly, the blend freed of constricting sonic veils and dynamic compression. Heard anew on this pressing, Trust emerges as one of the most satisfyingly complex and expertly played albums of its era. Costello's singing, too, reveals intricate tonal shadings and implied meanings, with slower tracks such as the hypnotic "Watch Your Step" and Tin Pan Alley-inspired solo tour de force "Shot With His Own Gun" ravishing with enhanced emotional investment.

As is often the case with great (and sophisticated) albums, Trust – which retains a five-star review from the most recent Rolling Stone Album Guide – didn't spawn any Top 40 hits at the time of its release. Yet age has been more than kind to the effort Costello said aimed to cross the rhythms of Get Happy!! with the melodies of Armed Forces, and which more than achieves the exacting goal. Admittedly made in a haze of booze and pills, the 1981 affair plumbs issues of disillusionment, romance, and sin with barbed wit and unvarnished honesty.

Country, soul, pop, rockabilly, two-step, punk-shot-through rock, jazz – Costello and the Attractions explore and master it all on Trust, all the while performing with an unencumbered directness and on-point coherence. No better example of the singer's simultaneous stylistic reach and virtuosity exists. Experience it like never before on this phenomenal-sounding pressing