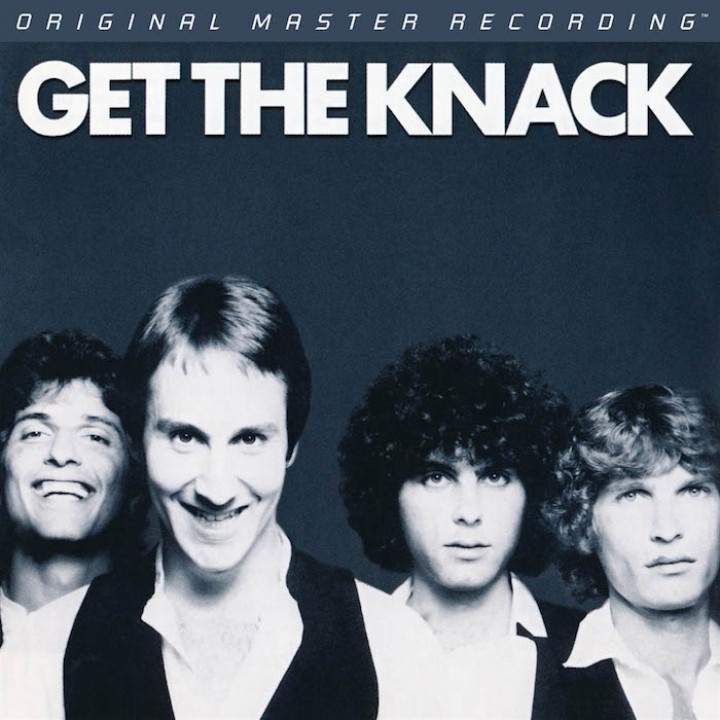 Get The Knack (Knack)

Most everyone knows The Knack's Get the Knack because of the ubiquitous smash "My Sharona," a contagious hit that still plays countless times everyday on radio stations nationwide. But the appeal and significance of the Los Angeles quartet's 1979 debut extend far beyond the career-making single. Loaded with tight power pop, hummable hooks, blunt lyrics, and precision playing, the controversy-igniting Get the Knack resonates with an ageless freshness that's influenced everyone from Kurt Cobain to modern indie artists such as the Mountain Goats.

Mastered from the original master tapes, pressed at RTI, and strictly limited to 3000 numbered copies, our 180g LP of Get the Knack brings the record's urgent harmonies, keen melodies, bell-clear tones, and snapping percussion out of the shadows and into the limelight. Graced with large-scale frequency extension and ample separation, the Knack's feisty music now teems with added energy, body, and immediacy. Absent the dynamic compression that squelched previous reissues, this numbered limited-edition audiophile analog version blossoms with detail, openness, and brashness. A guilty pleasure to some and new-wave classic to many others, Get the Knack is so attitudinal it spawned one of the industry's most famous backlashes.

Released by Capitol Records after the Knack courted a dozen other offers, the 12-track set remains one of the most instantaneously successful debuts ever made. Aided by tongue-in-cheek marketing, a sly cover-art reference to the Beatles' Meet the Beatles, and Mack Truck-sized refrains that stick in your head for hours, Get the Knack went gold in days and, to date, has sold more than five million copies. The meteoric rise didn't sit well with detractors committed to ripping apart the band for its perceived arrogance (members refused to sit for interviews) and alleged misogynist stance. Needless to say, the boycotting campaigns fell on deaf ears.

Holding down the top of the singles chart for six weeks, and the eventual number-one single on the year-end 1979 chart, "My Sharona" alone cemented the Knack's position in history. Written by lead singer and guitarist Doug Fieger about his lust for the then-underage 17-year-old Sharona Alperin, who ultimately became his fiancée, the anthem's suggestive themes carry throughout the record. Straightforward in its sleaziness and sexuality, Get the Knack pulls no punches about teenage frustrations, boy-girl one-upsmanship, "sticky sweet romance," and unrequited passions for the opposite sex.

Teasing, mischievous tracks such as "(She's So) Selfish" connect with Bo Diddley-inspired riffs and crude, hormonally charged lines that split the difference between manipulation, nastiness, and arousal. The Top 15 hit "Good Girls Don't" similarly confronts the pent-up carnal desires and libidinous emotions shared by youth of all generations, while "That's What the Little Girls Do" functions as a sly response. "Your Number or Your Name" dabbles in related subject matter, with sensitivity and hopefulness added for good measure. It's a perfect mix of agony and ecstasy, fear and confidence.

Shot-through with yearning, every song bursts forth with undeniable catchiness, firecracker release, and sassy style – an approach Rolling Stone rightly says finds the "band [winding] itself tighter than a hot pair of disco jeans, then [doing] its best to hold to that energy until its time to explode."

Product Code:LMF473
Out of Stock