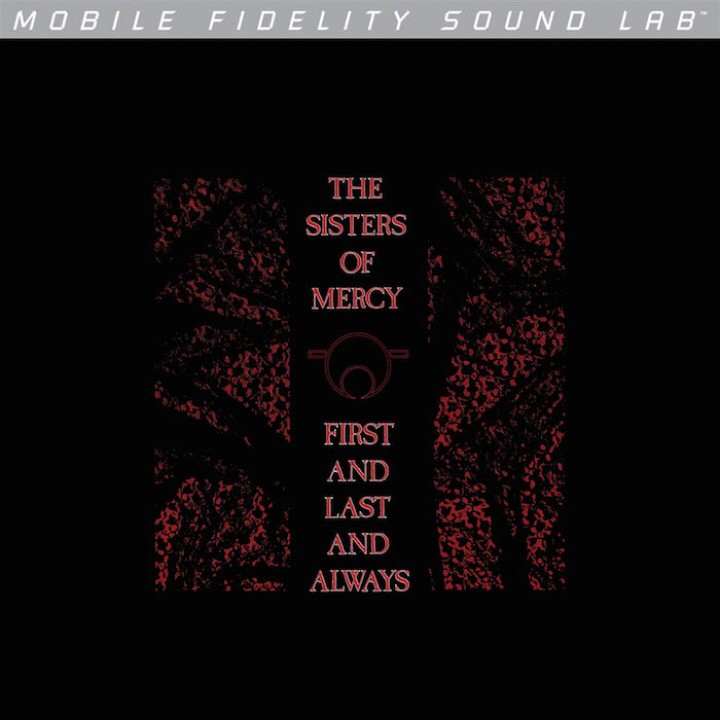 First And Last And Always (Sisters Of Mercy)

The template for all goth-rock records that followed, Sisters of Mercy's First and Last and Always stands as one of the – if not the most – influential albums of its kind ever released. Distinguished by Andrew Eldritch's ghostly singing, which gives the impression of hearing a forlorn ghoul croon from a foggy English graveyard, the 1985 set is drenched in gloom, claustrophobia, black humor, and dance-ready beats that provide exhilarating contrasts. Fans of the Cure, Depeche Mode, Love and Rockets, Peter Murphy, mid-period Nick Cave, and Joy Division will find it to be a new favorite record.

Mastered on our world-renowned mastering system and pressed at RTI (the best record plant in North America), Silver Label numbered edition LP presents First and Last and Always with a fuller, richer sound that positively obliterates the thin, feeble sonic perspectives that have limited the music until now. Every aspect from Eldritch's haunting singing to the group's jangling guitars and prancing bass lines finally gain genuine definition. Yet what's most improved is the sense of atmosphere: Sisters of Mercy revel in painting tone poems, where the feel and effect are as essential as the notes that are played. This is now an atmospheric tour de force.

Ever since it's release, First and Last and Always has been aptly shrouded in mythology. Eldritch pushed the envelope during the recording sessions, literally walking into walls and repeatedly unable to maintain his focus. Strung out on amphetamines, dazed by days of no sleep, upset by a recent breakup, and eating little, the vocalist channeled his discord into somber lyrics and brooding singing. He's framed by pulsing albeit lean, spare rhythms, patient tempos, and the clatter of a programmed drum machine that, in spite of its mechanical operation, sounds strangely organic. The songs evoke wet dungeons, walls-closing-in paranoia, and late-night strolls amidst the U.K.'s mysterious underground.

Despite its overall dark character, the record's arrangements value spaciousness, putting a premium on room and minimalism that makes each note count. As a result, twinkling pianos and keyboards parallel steel-cutting guitars and low-tuned bass lines that, in combination with Eldrtich's baritone, suggest glimmers of hope among the decay. Songs such as the shaking "Possession," dramatic "Some Kind of Stranger," and desperate "Marian" remain models of the gothic and post-punk disciplines more than 25 years after their debut. It's no surprise that, given all of the tension and personality that infuse the album, Sisters of Mercy disbanded just months after its release.

It's unlikely that any goth-rock album has ever sounded this good. This Silver Label LP will turn your room into rainy, dreary England, circa 1985, and expose you to one of the most harrowing vocal performances on record.

"The lead track, 'Black Planet,' showcases the new remastering to full effect. The song features an all-encompassing bass rhythm that, with every strike, infects the tune like mustard gas unleashed in a trench. On a poor master, the bass would threaten to suffocate the rest of the arrangement. But Mobile Fidelity keeps it in check with a distinct, sparkling, upper-mid sensitive guitar; the bass merrily sits on the edge of the soundstage."
– Paul Rigby, TONE Audio

Product Code:LMFS006
Out of Stock