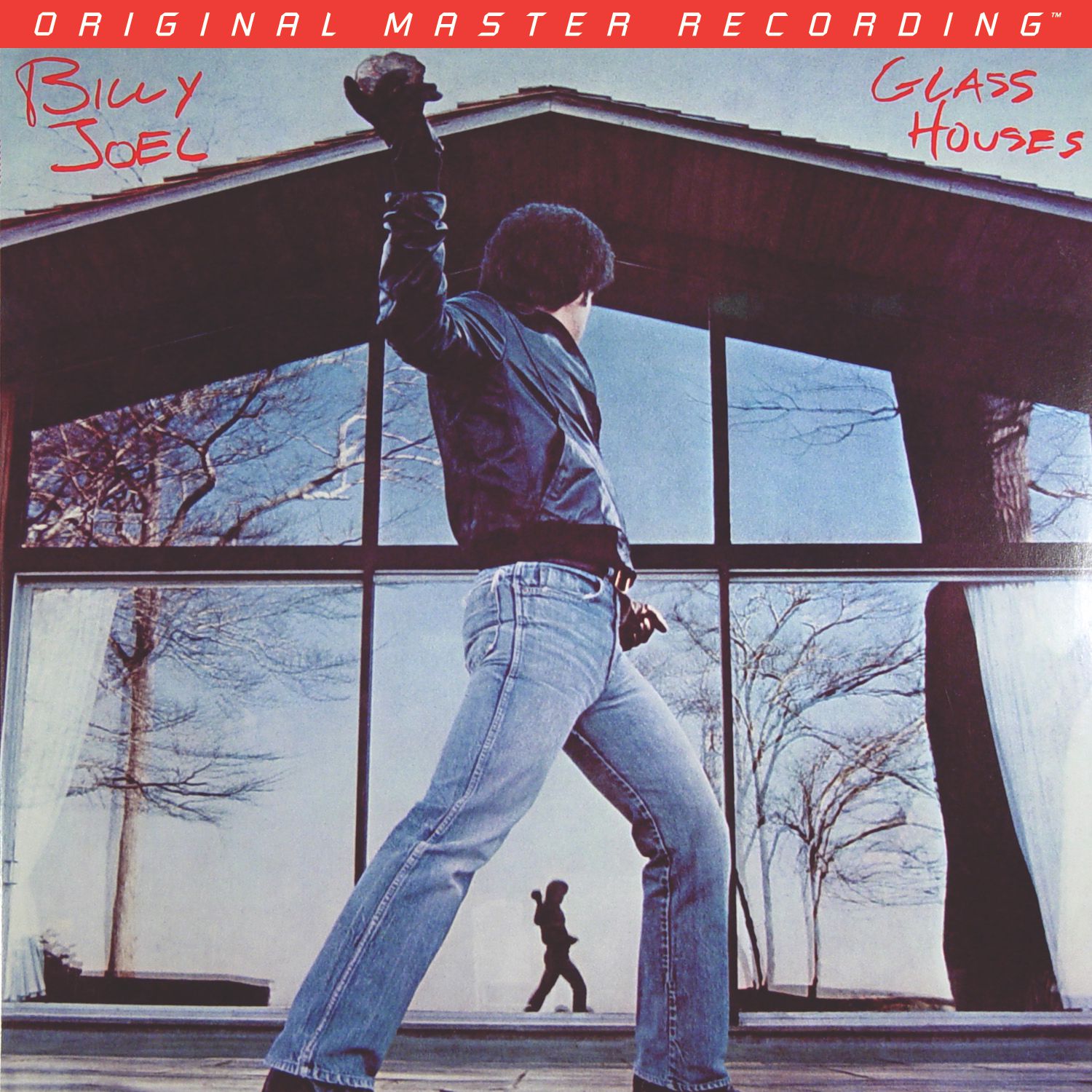 Numbered Edition 180-gram 2 LP 45 RPM Sourced from Original Master Tapes
Elvis Costello long had a reputation for being the “angry young man.” With apologies to the former Declan McManus, he had nothing on Billy Joel’s Glass Houses. Fed up with inexcusable critical backlash and believing he’d still not been regarded as a serious artist, Joel ratcheted up the angst on the 1980 set that, oh, by the way, happened to sell another seven-million-plus copies and top the Billboard charts. Revenge is sweet.

An integral part of our Billy Joel catalog restoration series, Glass Houses is mastered from the original master tapes and pressed on 180g LP at RTI. Honing in on producer Phil Ramone’s radio-tailored albeit looser, straightforward production, this edition opens up the previously veiled soundstages, spotlights the clean yet raucous arrangements, and decongests the imaging so that every note comes to the fore. Thanks to the extra-wide grooves and meticulous remastering, Joel’s urgency and temperament have never sounded so vibrant.

In addition to firing shots at detractors, Joel further solidifies his reputation as a pop maestro on the hit “Don’t Ask Me Why” and mellow classic “C’etait Toi (You Were the One),” each replete with sparkling structures and shimmering melodies. Throughout, he dials down the grand gestures, focusing more on an attitude and directness. At the time, Joel was conscious of the punk movement, and seems inspired to follow that genre’s preference for simplicity, frankness, and irritability. The album’s legendary artwork—the singer preparing to toss a brick through the windows of his house—is a metaphor for Joel shattering his image as a cocktail-lounge pop crooner.

Such changes are evident in the now-signature “You May Be Right,” a hard-rocking and scathing rebuttal to a romantic partner on which Joel embraces the identity of a tough-skinned madman that won’t stop at anything. He inhabits the role with convincing theatrics, his voice mixing pushiness, smugness, self-evident humor, and cool that fits the resistive tone of the record’s songs. Glass Houses is Joel’s megaphone for stubborn independence, dogged assertiveness, and blustery confidence.

It’s also an announcement of artistic intent, a statement that’s simultaneously catchy and barbed, well-crafted and rowdy. And it succeeds on all levels, bringing to commercial pop-rock a brashness and grit often absent from fare that sticks in your head for days. Joel would never be seen the same way again.