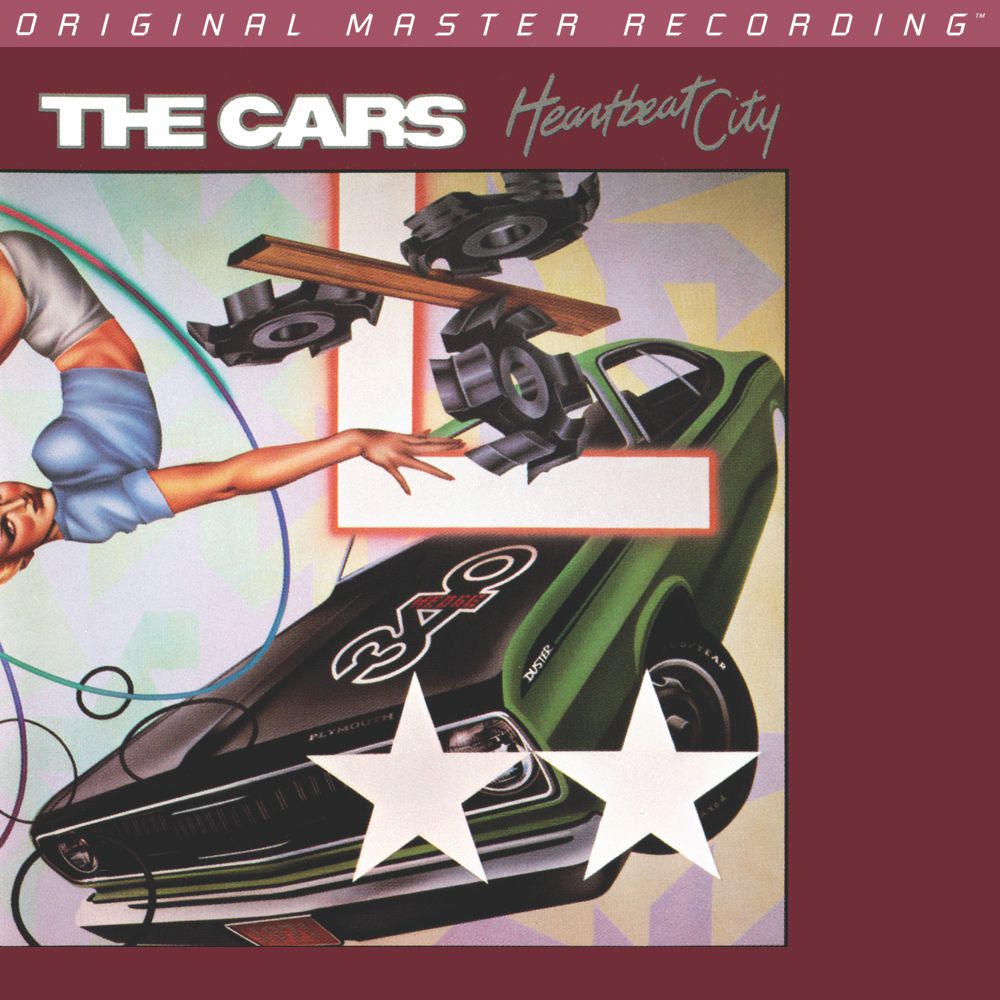 Numbered Edition 180-gram LP Sourced from Original Master Tapes
1984 will always be remembered for the debut of the Macintosh computer, the Summer Olympics in Los Angeles, and the ascent of MTV as the most powerful cultural medium of the era. The year is also recognized for the Cars’ savvy contributions not only to the burgeoning music-video channel but to pop itself. Released in April, the four-times platinum Heartbeat City ultimately spawned five Top 40 singles—four of them landing in the Top 20, two in the Top 10—and serve as the final memorable record from the Boston group, which disbanded in 1987.

Signifying the first time the set has been available on vinyl in nearly three decades, this reissue opens up the soundstages, decongests the low frequencies, and shines a spotlight on Mutt Lange’s pinpoint balances and glossy hooks. Indeed, the now-household-name producer would make a lasting mark with Heartbeat City, whose radio-friendly sound, multi-layered textures, and smooth, suave, synth-heavy pulses set a precedent for the period’s hit-making pop.

Overflowing with a surfeit of finger-snapping beats, electro-pop effects, streamlined guitar notes, and bright melodies, Heartbeat City trades in efficiency, catchiness, and to-the-point craftiness. Unlike most mid-80s records, the electronic effects and sleek tonalities aren’t dated due to both the focused production and irresistible songwriting. Leader Ric Ocasek penned all ten tunes, and while a mind-boggling five charted in the Top 40, what makes Heartbeat City such a staple is the fact that it’s easy to imagine every song on it crashing the Billboard Hot 100. Call it the new-wave version of Thriller.

Indeed, the record’s track list automatically triggers a mental jukebox. The spare simplicity and hopefulness of “Magic.” The simultaneously sad longing and soothing somberness of the Benjamin Orr-sung “Drive.” The shimmer and shuffling riff of “You Might Think.” The ping-pong bounce and futuristic paranoia of “Hello Again.” The atmospheric, arty title track. Heartbeat City is a veritable lesson in pop tunesmithship.