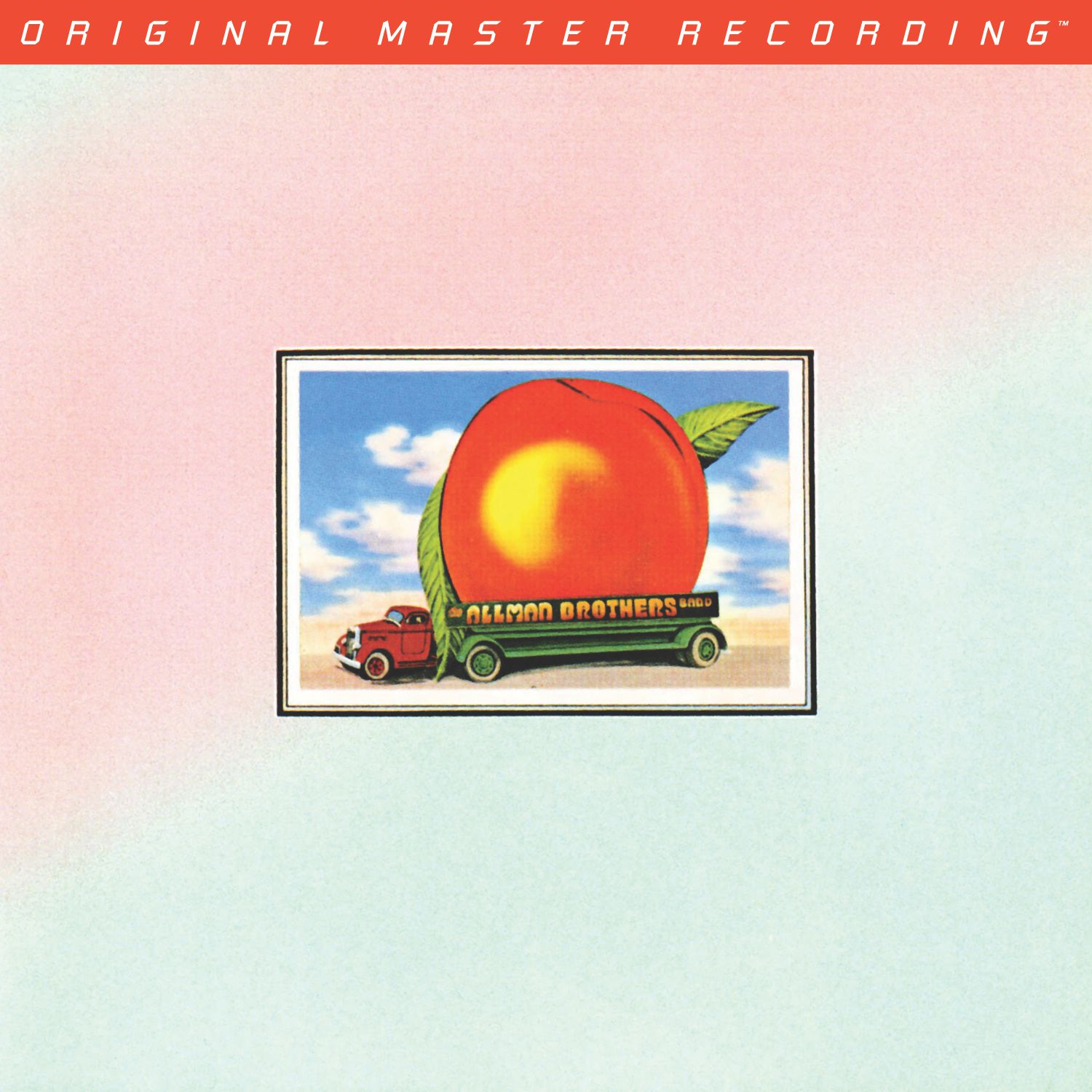 Numbered Edition 180-gram 2 LP Sourced from Original Master Tapes
Tributes to fallen icons don’t come any more poignant or illustrative than Eat a Peach. Released in early 1972, slightly more than three months after guitarist Duane Allman died in a motorcycle accident, the double album honors the musician via sides he recorded in the studio as well as several live performances that didn’t fit on the mammoth At Fillmore East. The Allman Brothers Band, determined to press on, also contributes a trio of songs completed after their soulmate’s passing. Its execution is near perfect, its concept timeless.

Mastered from the original master tapes and pressed on dead-quiet vinyl RTI, our 180g 2LP of Eat a Peach joins the unparalleled reissue imprint’s other Allman titles in presenting the superlative ensemble’s work in the most lifelike, uncompromising fidelity possible. Not only is the punch of the concert fare transmitted with full-range dynamics and realistic spaciousness, but the studio cuts—in particular, the acoustically framed “Melissa” and “Little Martha”—come through with astounding clarity and body, replete with textural richness that affords listeners images of fingers on frets and sticks hitting drum skins.

In all probability, the Allman Brothers Band would’ve leapt to the fore of music’s commercial and critical elite had it not been for Duane’s fateful motorcycle accident that altered history and the trajectory of the group’s course. A statement of purpose and homage, Eat a Peach extends the guitarist’s legacy in the form of three heart-racing live tunes recorded at Fillmore East, none more important than the nearly 34-minute harmonic showcase “Mountain Jam.” Begun at the end of “Whipping Post” during the final show of the group’s four-gig stand, the tour de force improvisation finds the band at the peak of its telepathic aural and communicative capacities.

Not that the three studio originals with Duane are by any means forgettable. “Blue Sky” epitomizes the gorgeously elegant colors with which the late virtuoso could paint while the heart-stopping sentimental feel of “Little Martha” finds just he and Dickey Betts engaged in spiritual communion. To this extent, the band continues a mellower vibe on the hit “Melissa,” a country-rock ballad that taps into a melancholy feel largely courtesy of Gregg Allman’s weary vulnerability and Betts’ lyrical, slap-back-echoing guitar lines.

Yet nothing here eclipses the direct meaning and steadfast intent of the record-opening “Ain’t Wastin’ Time No More,” a defiant showing of unity and understated anthem with which the band seemed to embrace as a motto. No one knew, however, that fate would again subvert the group’s plans even if it could never take away the magic held within Eat a Peach, sonic and lyrical sorcery that extends to the legendary gatefold-artwork mural.