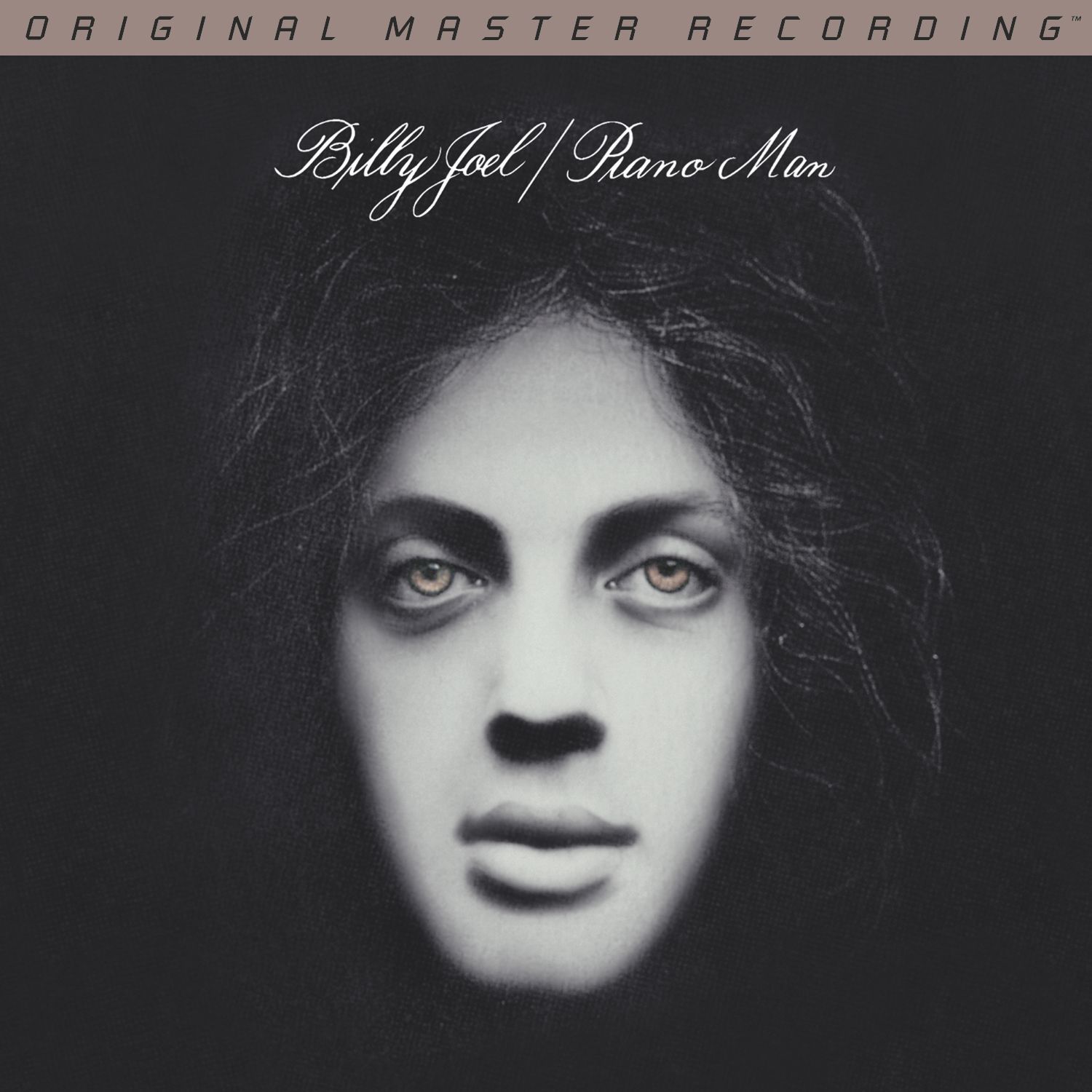 Billy Joel’s Piano Man established a legend via two elements that became a trademark of his career: simple, yet disarmingly effective lyrics that speak to universal truths and instilled feelings of pathos. With the classic title track, Joel captures the emotions and expectations all of us—consciously or not—attach to our favorite musicians: “Sing us a song you're the piano man/Sing us a song tonight/Well we're all in the mood for a melody/And you've got us feeling alright,” he croons. Indeed, Joel has everyone feeling good on this breakout set.

Never before properly remastered, we secured the original master tapes to present this 1973 singer-songwriter masterwork in unparalleled fidelity. The cavity of Joel’s piano, tension of the strings, and reach of his voice are astounding on this numbered edition LP pressing. The New York native finally seems as if he’s playing in your room rather than down the hall.

After the commercial failure of his debut, and resulting legal disputes with his label, a determined Joel took up a six
month residency as a lounge singer in Los Angeles. The vocalist continued to pen songs, including his signature track, “Piano Man,” a fictional narrative motivated by the real-life stories and actions of the patrons he witnessed during his cocktail club residency. Joel also drew inspiration from a fellow peer with whom he’d ultimately collaborate on a series of highly successful tours that continue to this day: Elton John. The Englishman’s Tumbleweed Connection fueled a creative spurt in Joel, who extends the record’s Western imagery and bluesy themes.

Ignoring introspection in favor of rich character sketches, Joel utilizes his knack for melodic flair, filling out the songs with comprehensive arrangements and a swift sense of purpose. His tales—“The Ballad of Billy the Kid,” “Captain Jack,” “Ain’t No Crime”—are supported with phenomenal harmonies and thematic flavors that arrive courtesy of instrumental accents from first-rate players that include guitarist Larry Carlton, banjoist Fred Heilbrun, and drummer Ron Tutt. Joel supplies the requisite emotions, and Piano Man oozes with life.
Our 180g LP possesses a warmth that, until now, none of Joel’s records possess. Soundstaging, imaging, and immediacy are refined and mannered, and the enthusiasm and completeness of Joel’s craft come into supreme focus.
No fan of 70s rock or pop should be without this stellar pressing!

Product Code:LMF349
Out of Stock