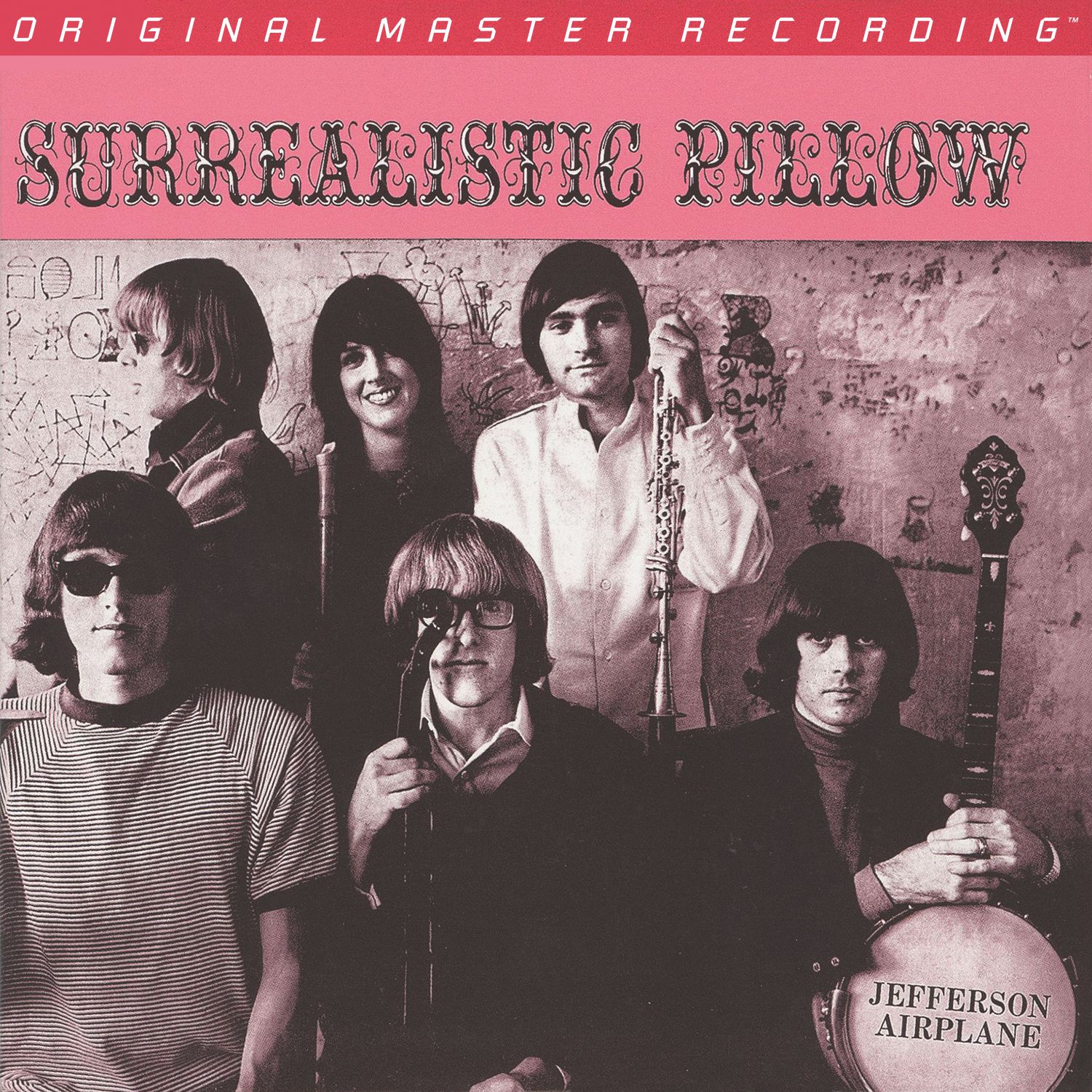 Numbered Edition 180-gram MONO 2 LP 45 RPM Sourced from Original Master Tapes
They were the best of times for Jefferson Airplane, and the good vibes are heard throughout the band's iconic Surrealistic Pillow. The group's first album with vocalist Grace Slick and drummer Spencer Dryden, the 1967 effort bowed as the first psychedelic-rock breakout from the potent San Francisco scene, climbing to #3 and boasting two Top 10 singles. By bringing the then-unpolluted counterculture to the attention of the mainstream, the effort ranked by Rolling Stone #146 on its 500 Greatest Albums of All Time eradicated boundaries and opened up creative vistas for a parade of likeminded artists that followed.

Offering wider, deeper grooves for better information retrieval and superior pacing, this deluxe set gives listeners the chance to enjoy Jefferson Airplane's blockbuster set in faithful-to-the-original mono without having to pay a premium. Along with immersive detail and dynamics, the level of instrumental and vocal separation allows the sensory-altering songs' complexities to emerge with full-bloom color and renewed perspective. While fans have always preferred the original mono version of the LP, it went out of print soon after its release, causing prices to soar.

Allegedly given its name by Grateful Dead guitarist Jerry Garcia, who remarked that the music was as surrealistic as a pillow, Jefferson Airplane's sophomore effort remains renowned for its inimitable combination of collective symmetry, concise melodic frameworks, and razor-edged assertiveness. Reflecting the atmosphere of the period, the sextet spread the songwriting duties among all the members. Slick and Marty Balin share lead vocal duties. Jorma Kaukonen and Paul Kantner come into their own as guitarists. The family affair even extended to Garcia, who plays on several tracks and by nearly all accounts, served as the record's arranger and spiritual guide. Never again would the Airplane convey so much in such a straightforward fashion.

Surrealistic Pillow folds acid-rock experimentalism into folk-derived constructs with a blend of mysteriousness, assuredness, darkness, beauty, and romanticism that mirrored the very traits Slick possessed. Her authoritative, clarion-call voice leaps out from the explosive, fractal-pulsating smash "Somebody to Love" like a truthful challenge that cannot be ignored. Similarly, Slick's measured deliveries and Alice In Wonderland-inspired lyrics give the bolero-based "White Rabbit" its hallucinogenic power while simultaneously bringing drug references into mainstream culture.

Of course, the former model's two songs don't define Surrealistic Pillow – they merely reflect its kaleidoscopic brilliance. Slick and Balin duet to enchanting effect on "She Has Funny Cars." Stripped to its bare acoustic foundations, the mellow ballad 0"Comin' Back To Me" shimmers and whispers, a quaint recorder underlining echoing the yearning mood. Similarly quixotic, the instrumental "Embryonic Journey" hints at the possibilities explored throughout the album and particularly manifested on the gorgeously textured "Today," originally written for Tony Bennett. Inside these 34 minutes, Jefferson Airplane achieves sublime surrealism – and more.