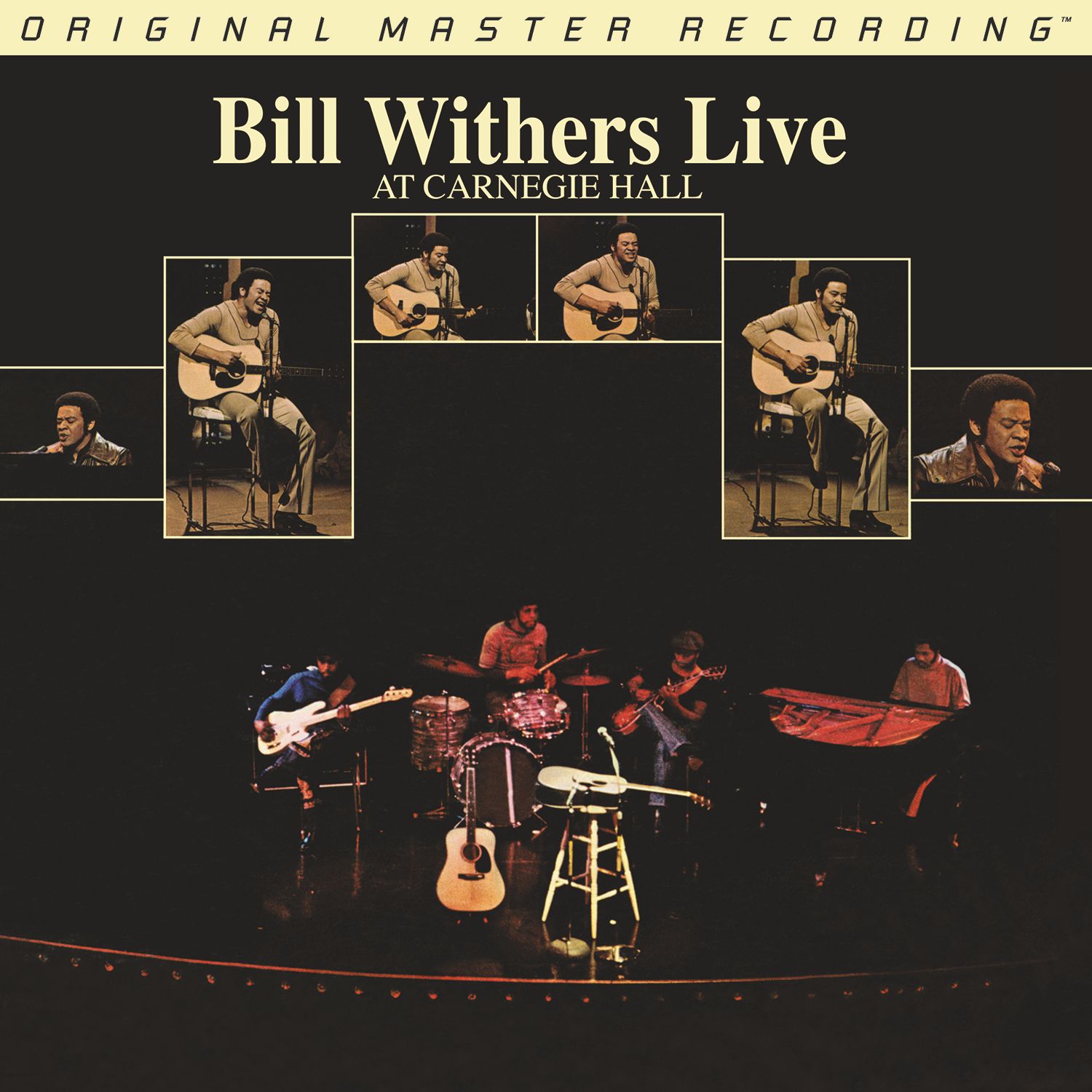 Numbered Edition 180-gram 2 LP Sourced from Original Master Tapes
On par with the most treasured concert albums of the 60s and 70s, Bill Withers’ transformative Live at Carnegie Hall is a forgotten classic—an easygoing portrait of a down-home soul artist coming into his own in front of an audience eager to share every moment of his brilliance. Soothing with subtlety, charming with calmness, and healing with a vocal timbre as relaxing as his grooves, Withers uses the stage to expand the range of favorites and engage in dialog with the crowd. Distinguished with sonics that restore the performances’ balance and improve the soundstaging, this reissue takes you inside the venue.

Moreover, aspects that really make this concert document unique—the energetic crowd, Withers and his band’s willingness to extend arrangements, and the undeniable communicative bond between the performer and his fans—are brought into fuller relief. While most live albums give you the sense of what transpired, our reissue allows it to seem that what you’re hearing and sensing is happening right now, in the moment. You are as much a participant as listener. For this reason and more, Live at Carnegie Hall ranks with James Brown’s Live at the Apollo and B.B. King’s Live at the Regal. No small claims, but the proof is in the grooves.

The antithesis of the sweaty R&B shouter that prowls the edge of stages, Withers deals in mellowness and vulnerability, qualities that come to fore. The songs here span soul, blues, and folk and often times, contain elements of all three styles. Live at Carnegie Hall also deals with serious subject matter with unflinching honesty and simple directness. Companionship, poverty, war, maturity, family, and love all crop up within Withers’ tunes, yet the messages are never overly cumbersome or preachy. Credit goes to his easygoing style and relatable lyrics, not to mention a tight-as-a-vice band that on this night is simply “on.”

“One more time?” Withers asks in response to a request for another stanza during “Use Me,” and like the snap of fingers, his musicians are right back on cue, the crowd clapping along on every beat. This classic, as well as the instantly familiar “Ain’t No Sunshine,” poignant “Grandma’s Hands,” and all-time favorite “Lean On Me” are delivered with utmost soulfulness, passion, and electricity. Few, if any, live albums demonstrate such a bond between the crowd and artist as Live at Carnegie Hall. You’ll definitely want to be there.